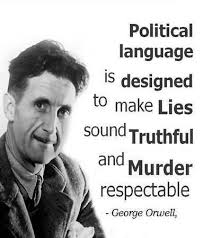 State troopers Roger Perry and Larry Patterson, both of whom were interviewed by FBI agents working for Starr, have publicly alleged they knew about Foster’s death hours before the White House claims they were officially notified. Patterson, a 31-year veteran of the force, says he was informed of Foster’s death 15 minutes before park police had discovered Foster’s body in a suburban Washington, D.C., park.

Perry, a 22-year veteran of the state police, said he was on guard duty at the governor’s mansion the evening of Foster’s death, July 20, 1993, when he received a call from Helen Dickey informing him, “Vince Foster got off from work and went out to the parking lot and shot himself in the head.”

Dickey, a 22-year-old nanny to Chelsea Clinton, lived with the Clintons in the White House residence. She was known to the troopers who had guarded Clinton when he served as Arkansas governor because her mother had served as mansion administrator. “The Dickey call” controversy, as it has been referred to, has raised serious questions as to when and where Foster died.

Perry said he believed Dickey was implying that Foster had shot himself in a White House parking lot. Perry has steadfastly maintained that the call from Dickey came no later than 8:30 p.m. Washington time, and probably came much earlier than that.

According to the Starr report, Dickey has stated she made the call to Trooper Perry at 10:30 p.m. a time that is consistent with White House officials’ claims that they were officially notified of Foster’s death at 8:30 p.m. and the president was notified at 10 p.m. after an appearance on CNN’s Larry King Live show. Starr dismissed the trooper’s allegations.

Starr noted that Dickey’s story is corroborated by the fact she made an entry into her personal diary days after the event indicating she made the call to Perry around 10:30 p.m. Starr also cited the statement of an employee of the White House usher’s office who said he informed Dickey of the death after 10 p.m. as she sat in a third-floor office. The employee said “she became very upset.”

Starr also said Dickey made two other calls to her father and mother after learning of the death, and phone records for those calls back up that part of her story. Strangely missing is the phone record of the call Dickey admits she made to Perry that night. Starr stated on page 93 of his report that the call to Perry was made from a different phone and that “complete records for such calls are not available.”

Starr concluded the section of his report dealing with this controversy by stating that “the totality of the evidence … does not support the conclusion that Ms. Dickey knew about Mr. Foster’s death at some earlier time.” But the troopers believe that Starr’s report doesn’t tell the full story.

Both troopers suggest Starr’s investigators had little desire to get to the truth of the matter. As previously reported in the Tribune-Review, both troopers say that when Starr’s FBI agents first questioned them in November 1995, the agents tried to pressure the troopers into admitting they were wrong or could be mistaken.

Perry said he told the agents, “Guys, nothing is impossible, but produce the phone records and show me I’m wrong. Until then I am going to stand by my story that I knew by 7:30” Arkansas time. Perry also advised them to examine Gov. Jim Guy Tucker’s phone records. The trooper said that as soon as he hung up with Dickey, he called into the residence of the mansion and spoke with Tucker’s wife, Betty.

Perry said that he could overhear the governor being informed by his wife, and that after they hung up Tucker was on the phone to Washington for more than 30 minutes. Perry said as soon as he hung up with Tucker’s wife he called Patterson and then Lynn Davis, former head of the state police.

Patterson maintains he had just walked into his apartment after work – no later than 6 p.m. Washington time, when the phone rang. Perry told him the news. The Starr report referred to Patterson’s account in a footnote that “another Arkansas trooper” received a call from Perry and that this second trooper claimed the call came at approximately 6 p.m. Arkansas time. Patterson contends Starr’s account is “a lie” and that he has consistently stated the call came at 6 p.m. Washington time, 5 p.m. Arkansas time.

Davis has stated in a sworn affidavit that Perry called him during rush hour traffic in Little Rock, between 5:30 p.m. and 6:30 p.m. Washington time. Perry also said he received a call from his fiance (now his wife), who had just arrived home from work and checked in with him. She said she made the call to Perry shortly after 6:30 p.m. Washington time – still some two hours before White House officials claim they were first notified of the death.

Perry’s wife and Lynn Davis, now an attorney in Little Rock, told the Tribune-Review they have never been interviewed by Starr’s investigators. Those investigators were apparently concerned most about Patterson’s testimony that he knew about the death 15 minutes before the body was found at 6:15 p.m. in Fort Marcy Park. Patterson said he was interviewed four times by FBI agents working for Starr, and each time they tried to pressure him to change his story or to admit the possibility he might be wrong. He didn’t budge. “I have been a police officer for 31 years. I know what they were trying to do. The last time they called I said. `I have never changed my story and I’m not changing it now.'”

Though Starr claimed to have conducted his investigation through use of a grand jury, Perry and Patterson said they were never called before a grand jury or put under oath and questioned about this glaring discrepancy. Neither Perry nor Patterson was offered an opportunity to review his account in Starr’s report for accuracy because they were not identified by name. Dickey was identified by name and was allowed to review the report before it was released.

Debbie Gershman, spokeswoman for Kenneth Starr, said Dickey was named in the report because her name had already been publicized, but the troopers were not for “privacy reasons.” She said the office had “no comment” as to the report’s account of when Patterson learned of the death and the reason why neither trooper was called before a grand jury. Perry contends that Starr omitted key evidence and that Dickey’s account is false. If Dickey’s account were true, her call to him would have come at the very end of his shift that night. That’s not possible, he said, because there was a lengthy lapse of time from when he called Betty Tucker to inform her and when she later came out to discuss the matter, asking him, “Why would Vince Foster do something like that?”

Perry said there was another lapse of time, perhaps as much as 45 minutes, when Gov. Tucker himself called Perry and said, as Perry recalled, “There must be a misunderstanding. Vince Foster did not kill himself in the White House parking lot. He killed himself at Fort Marcy Park in Washington.””