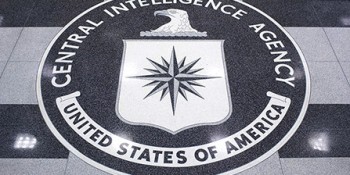 Obama’s Intelligence Adviser Involved in Security Breach, John Brennan Analysis Corp. employee cauterized Obama file, Newsmax January 12, 2009   The following article can no longer be found at NewsMax. Some of their Archives can only be found on the Wayback Machine. Since it was scrubbed it is presented in it’s entirety. From NewsMax Newsmax January 12, 2009. “Obama’s Intelligence Adviser Involved in Security Breach” “Obama’s top terrorism and intelligence adviser, John O. Brennan, heads a firm that was cited in March for breaching sensitive files in the State Department’sRead More

CDR Charles F. Kerchner, Jr. v Barack Obama January 20, 2009, Obama not natural born citizen, 1 US citizen parent, No proof of US birth, Obama British citizen, Litigation fails due to lack of standing, No congress vetting   CDR Charles F. Kerchner, Jr. filed a lawsuit on January 20, 2009  challenging Obama’s eligibility to be president as a natural born citizen. From the lawsuit: “Not an Article II “Natural Born Citizen” 28. Obama has not proven he is an Article II “natural born Citizen.” 29. Obama is not an ArticleRead More

This is an open thread for January 4, 2009. I am sitting here writing this listening to Glenn Beck on Fox preparing for a scathing article about Glenn Beck insulting concerned Americans, the same Americans who have faithfully listened to his shows and built up his audience. Glenn Beck, I believe this quote came from your newsletter: “Just like the notorious ‘seminar callers’ Rush talks about, there is a new type of seminar caller out there trying to get on talk radio: the birther. Sure, there are plenty of idiotsRead More

Kirk Lippold, retired Commander of the USS Cole and David Katz CEO of Global Security Group were interviewed on the Glenn Beck Show on Fox, yesterday, December 30, 2009. Commander Lippold is an American hero and tells it like it is. He  blasts the last three administrations. Kirk Lippold has been warning about closing Gitmo and threats from Yemen all year. This is another case of Obama not listening to military experts. Some of the issues Commander Lippold addressed directly and succintly: Keep Guantanamo open. Military commissions process works. NotRead More

We were in the Pacific Northwest over the past one and a half weeks. Part of this time we were in the Everett, WA area. You remember, where one of the regular attackers of me, this blog, Orly Taitz and others lives. This person, has made nasty, viscious remarks and threats to me for many months and comments that could be construed as death threats to me and others. Well, this bold individual was in striking distance for several days recently. I took the addressses of where this individual supposedlyRead More