“…and Socialist governments traditionally do make a financial mess. They [socialists] always run out of other people’s money. It’s quite a characteristic of them.”…Margaret Thatcher

“North Carolina would begin walking away from the Common Core standards for math and English in public schools under proposed legislation that a student committee approved Thursday.

The full General Assembly will take up the measure when it returns to session in mid-May.

“Common Core is gone July 1 if this passes,” said Sen. Jerry Tillman, R-Randolph, one of the measure’s leading proponents. “This bill puts education back where the constitution says it belongs – in the hands of North Carolina.””
“The standards have come under fire nationally. While some political liberals have questioned how the standards were developed, political conservatives have been the most vocal in their opposition. They criticize the measures as a federal takeover of education.

“We’ve allowed the Common Core standard to be hijacked by the federal government for the sake of money,” said Rep. Craig Horn, R-Union.

While he initially favored the standards, Horn said that they made the state too dependent on the federal government.

“I just feel that it is time for the state of North Carolina to take responsibility for our own education system and not be dependent upon or subservient to the federal Department of Education or anybody else outside North Carolina for what we do in education,” said Rep. Larry Pittman, R-Cabarrus.

Some members of the committee, mainly Democrats, blasted the bill.

“I think we are going down this road to appease a section of the political spectrum that is more conservative and is distrustful of Obama and the federal government,” Rep. Tricia Cotham, D-Mecklenburg, said after the meeting.”

“Why North Carolina should get away from Common Core

North Carolina should have the highest education standards in the world, but we can do better than Common Core.

Four years after Common Core was adopted by the State Board of Education, many students, parents and educators are getting their first glimpse of the implications of the new standards in the classroom. Yet after months of questions about the challenges of the standards from parents and educators, few answers have been revealed. Here is why we can to better than Common Core:

1. Local control of education is a bedrock of our nation. Parents, teachers and school boards should have ultimate control and authority over the education of their children. Common Core is a copyrighted set of standards, designed by two unaccountable national trade associations and pushed by the federal government through Race To The Top grants ($400 million in North Carolina) for states that adopted the standards. These standards cannot be changed or modified by state or local authorities. The argument is that we can add to them; however, the reality is that we cannot change anything written in them. Common Core is inflexible in meeting the demands of rapid change that is occurring around the world.

2. A One-Size-Fits-All set of standards for all of education in America is un-American. America is a nation of diversity and innovation. Each student is unique, and for the first time in the history of the world, through high-speed broadband technology and one-to-one devices in the hands of every student, we have the opportunity to customize curriculum and the education experience to each and every child. Our 50 states should be recognized for the innovation laboratories that they are, and they should be allowed to innovate in education, constantly improving standards and teaching methodologies in order to share their ideas with other states. A one-size-fits-all set of standards restricts that level of innovation.

3. Why would we settle for anything less than the best standards for North Carolina? Massachusetts had the best math standards in America, so why did we not start by adopting its standards for our students? Massachusetts educators improved their standards over decades, and they had been tried, tested, rewritten and aligned with working assessments. The Common Core standards still have not been tried, tested or rewritten for success four years after adoption in North Carolina. Why would we roll out Common Core to every school and every student in our state, all at once, without proper vetting and testing?

5. Teachers need to be free to teach. Common Core is just another set of bureaucratic mandates that will force teachers to teach to the test. There has been much frustration from the teaching community regarding this aspect of No Child Left Behind, so the federal government created waivers from NCLB only to replace it with more burdensome guidelines that will take creativity and innovation out of the classroom. If we want innovation in education, we should focus less on standards and more on allowing our teachers to do what they do best — teach.

These are just a few reasons why Common Core should be replaced in North Carolina, not mentioning the high cost of implementation at a time when we need to increase teacher pay. Nor did I mention technology readiness for the standards, or even data collection of student information. It is time to replace Common Core with the best standards in the world — North Carolina standards.” 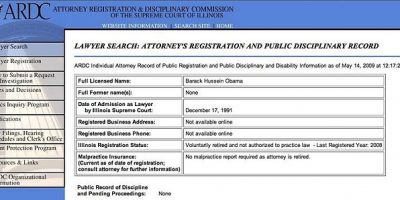 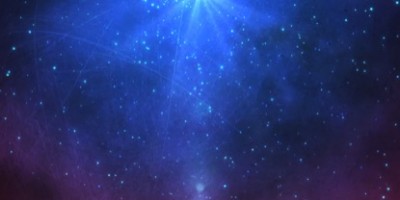