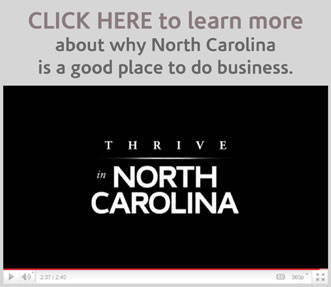 “the Times of the nineteenth of December had published the official forecasts of the output of various classes of consumption goods in the fourth quarter of 1983, which was also the sixth quarter of the Ninth Three-Year Plan. Today’s issue contained a statement of the actual output, from which it appeared that the forecasts were in every instance grossly wrong. Winston’s job was to rectify the original figures by making them agree with the later ones.”…George Orwell, “1984”

The January 2015 employment data for NC was announced March 17.

Several days ago I attempted to access the LAUS, Local Area Unemployment Statistics, for North Carolina.
I got this message :

“Due to maintenance this site is temporarily unavailable.

You can access our data using one of our other available applications:
AccessNC OR NCWorks

The next day I called, was transferred to a specialist & left a message.

I have received no return call.

“What does the LAUS 2015 Redesign entail?

In addition, 2010 Office of Management and Budget (OMB) delineations for metropolitan areas, metropolitan divisions, and micropolitan areas and new LAUS small labor market areas will be implemented with the 2015 LAUS Redesign.

How often does LAUS conduct major redesigns to its methodology?
Typically every 10 years.

“Why is LAUS making these program improvements?

Some issues have been identified with the 2005 methods of estimation at the state and substate levels that affect accuracy and analysis of the estimates. Because LAUS is committed to producing high-quality data, it must conduct research and improve its methods and procedures. Moreover, when data sources cease to exist, it must find new sources to replace them. The 2015 state and substate estimation approaches generate more accurate and reliable estimates.”

“How will the LAUS 2015 Redesign affect historical comparisons?

For the census divisions, states, and balance of states, the entire historical series from January 1976 forward will be replaced with estimates based on the redesigned models. For the five modeled metropolitan areas and divisions, the plan is to re-estimate back to 1990. For the remaining substate areas, the re-estimation with the new methodology will be carried back to 2010. Hence, many areas can be expected to display breaks in series between 2009 and 2010.”

I can’t wait to see the “rectifications.”

I have criticized NC Governor Pat McCrory as well as Obama.

“As I said, two years ago, our unemployment rate was the fifth highest in the nation. So we all rolled up our sleeves, made the tough decisions, and as of today, the private sector has created nearly 200,000 new jobs. We went from the 5th highest in unemployment to the 23rd lowest, and now we’re even beating South Carolina. Despite this tremendous accomplishment there are still a lot of communities, small businesses, and individuals that are hurting, and there is still much work to be done. Therefore, my administration’s focus will be on five areas that have the greatest impact on our people. ”

“Much of the drop in the unemployment rate in NC came from people dropping out of the labor force.

From May of 2008 to November of 2014, the labor force participation rate plummeted 5 percent in NC. The unemployment rate is the same.””

A shrinking labor force will drive down the unemployment rate because fewer people are looking for work.””

“From the Center for Immigration Studies August 2014.

“An analysis of government data by the Center for Immigration Studies shows that, since 2000, all of the net increase in the number of working-age (16 to 65) people holding a job in North Carolina has gone to immigrants (legal and illegal). This is the case even though the native-born accounted for 61 percent of growth in the state’s total working-age population.””

The primary reason that the unemployment rate has dropped is due to the plummet of the labor force participation.

From May of 2008 to November of 2014, the labor force participation rate plummeted 5 percent in NC. The unemployment rate is the same.

“North Carolina’s jobless rate fell to 5.8 percent in November, the lowest since May 2008, as the state’s economy gains force in the second half of the year.”

From the NC LAUS