Larry Sinclair is in Nashville TN for the McCain Obama Town Hall Meeting, “The 2008 Presidential Election: Where We Stand and Where We Are Headed”  forum at Vanderbilt University and to tell his story about a drug and sex encounter with Obama in November 1999. Sinclair will also share his knowledge of Donald Young, the gay TUCC choir leader, and also to inform the public about the Philip J Berg lawsuit. 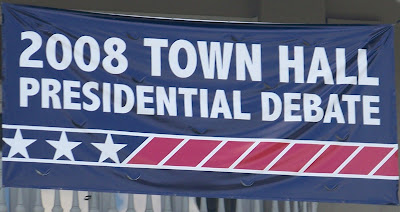 Good Morning. Today will be spent getting the truth out about Barack Obama in a respectful and dignified manner. After all, we are nothing like the Obama supporters/surrogates who engage in lies, threats, harassment and misrepresentations.

I can be contacted today at 612-466-1043 and will be in the Downtown area as well as at Belmont University.

After today’s events in Nashville, I will be leaving for Florida this evening.”