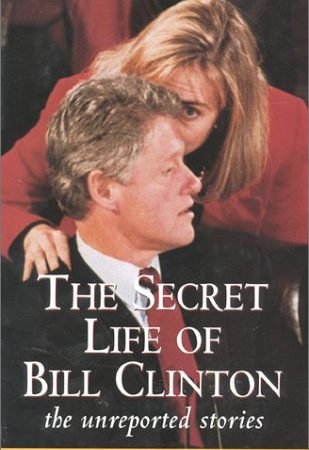 Willey reacted to the news, set to explode in the National Enquirer Friday, during an interview with Fox News Channel’s “Hannity & Colmes.”

HANNITY: You know the same National Enquirer that broke the story about Jesse Jackson and a number of big political stories – some people say, “Ahhh, it’s the National Enquirer” – they’re reporting in an edition to come out tommorrow:

“The Enquirer has learned that the relationship between Bill and Denise Rich goes far beyond finances; that she was a frequent visitor to the White House even when Hillary was away. Eyewitnesses saw Bill and Denise kissing, holding hands, disappearing behind closed doors.” They give more details.

The Clinton accuser’s feigned shock drew laughter from Hannity and indicated she had no trouble believing her former boss was on the make right up to his final days in office.

But the interview turned serious when Willey charged that the National Organization for Women ignored her after she leveled sex charges against the most powerful man in the world.

WILLEY: Patricia Ireland at NOW – I mean, you know, where was she? I made a personal appeal to her. She was not there.

COLMES: Well, she made a statement, something to the effect that if [your story] is true, this is a horrible thing.

WILLEY: But that’s all she said. She said, “If this is true, then it’s an attack.”

COLMES: What would you have wanted her to do?

WILLEY: I would have wanted her to support me, you know, to be in my corner. I mean – she backed way off.”