“Why was Tony West, who helped Obama keep his records hidden at taxpayer expense, promoted to Acting Associate Attorney General, the third highest official at the Justice Department?”…Citizen Wells

“RULE 12: Pick the target, freeze it, personalize it, and polarize it.” Cut off the support network and isolate the target from sympathy. Go after people and not institutions; people hurt faster than institutions. (This is cruel, but very effective. Direct, personalized criticism and ridicule works.)”…Saul Alinsky, “Rules for Radicals”

J. Christian Adams is a former US Justice Dept. attorney and whistle blower.

“On the day President Obama was elected, armed men wearing the black berets and jackboots of the New Black Panther Party were stationed at the entrance to a polling place in Philadelphia. They brandished a weapon and intimidated voters and poll watchers. After the election, the Justice Department brought a voter -intimidation case against the New Black Panther Party and those armed thugs. I and other Justice attorneys diligently pursued the case and obtained an entry of default after the defendants ignored the charges. Before a final judgment could be entered in May 2009, our superiors ordered us to dismiss the case.

The New Black Panther case was the simplest and most obvious violation of federal law I saw in my Justice Department career. Because of the corrupt nature of the dismissal, statements falsely characterizing the case and, most of all, indefensible orders for the career attorneys not to comply with lawful subpoenas investigating the dismissal, this month I resigned my position as a Department of Justice (DOJ) attorney.”
“Based on my firsthand experiences, I believe the dismissal of the Black Panther case was motivated by a lawless hostility toward equal enforcement of the law. Others still within the department share my assessment. The department abetted wrongdoers and abandoned law-abiding citizens victimized by the New Black Panthers. The dismissal raises serious questions about the department’s enforcement neutrality in upcoming midterm elections and the subsequent 2012 presidential election.
“The U.S. Commission on Civil Rights has opened an investigation into the dismissal and the DOJ’s skewed enforcement priorities. Attorneys who brought the case are under subpoena to testify, but the department ordered us to ignore the subpoena, lawlessly placing us in an unacceptable legal limbo.
The assistant attorney general for civil rights, Tom Perez, has testified repeatedly that the “facts and law” did not support this case. That claim is false. If the actions in Philadelphia do not constitute voter intimidation, it is hard to imagine what would, short of an actual outbreak of violence at the polls. Let’s all hope this administration has not invited that outcome through the corrupt dismissal.

Most corrupt of all, the lawyers who ordered the dismissal – Loretta King, the Obama-appointed acting head of the Civil Rights Division, and Steve Rosenbaum – did not even read the internal Justice Department memorandums supporting the case and investigation.”

Adams nails Obama and his strategies to insult, marginalize and  compartmentalize anyone questioning him.

From Saul Alinsky’s Rules for Radicals.

“RULE 5: “Ridicule is man’s most potent weapon.” There is no defense. It’s irrational. It’s infuriating. It also works as a key pressure point to force the enemy into concessions. (Pretty crude, rude and mean, huh? They want to create anger and fear.)”

“RULE 8: “Keep the pressure on. Never let up.” Keep trying new things to keep the opposition off balance. As the opposition masters one approach, hit them from the flank with something new. (Attack, attack, attack from all sides, never giving the reeling organization a chance to rest, regroup, recover and re-strategize.)”

“RULE 12: Pick the target, freeze it, personalize it, and polarize it.” Cut off the support network and isolate the target from sympathy. Go after people and not institutions; people hurt faster than institutions. (This is cruel, but very effective. Direct, personalized criticism and ridicule works.)” 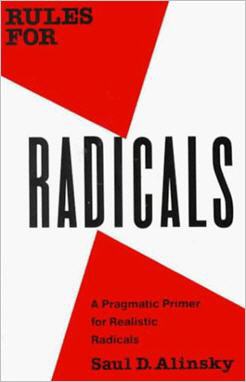 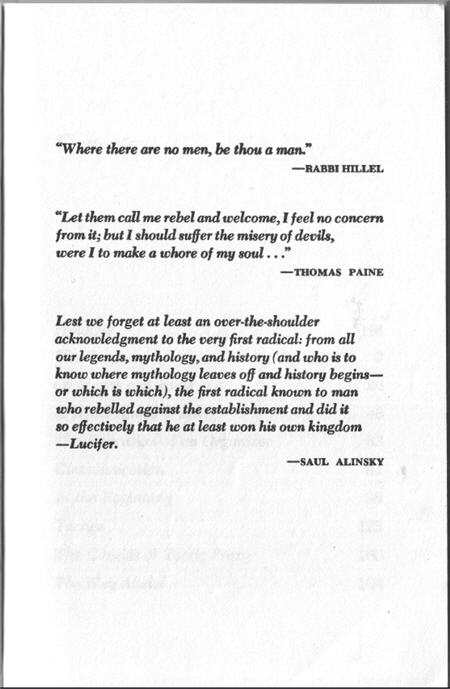