The newest inductees into the Citizen Wells US Constitution Hall of Shame are….. 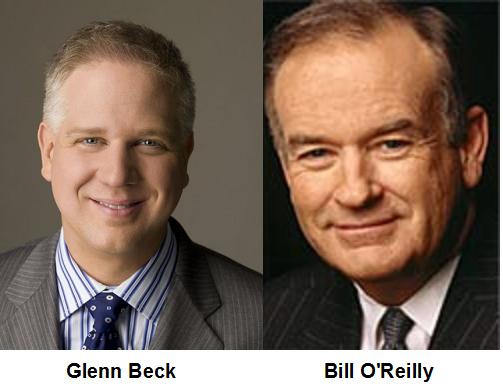 First let’s address what did not get them in the US Constitution Hall of Shame. Glenn Beck, Bill O’Reilly and Fox did not adequately cover the Obama eligibility issues and did not dig deep enough into Obama’s corruption ties. Although that is cowardly and journalistically dishonest, that did not qualify them for the Hall of Shame.

There are two distinct and important issues that clearly qualify Beck and O’Reilly for the Hall of Shame.

The first has been the most controversial. That is, Obama’s eligibility issues. The details of that can be found on this blog and elsewhere and are legitimate, constitutionally based concerns. What Beck and O’Reilly have done is clearly defined and beyond question. Both Beck and O’Reilly have insulted and criticized concerned Americans for asking questions about Obama’s eligibility. Those asking questions come from many backgrounds, including, but not limited to, active miltary, retired military, high ranking military officers, attorneys, well educated people and even congressmen. The hypocrisy and self aggrandizement coming from these two knows no bounds. They speak the virtues of the US Constitution while criticizing those exercizing their First Amendment Rights. Beck has insulted concerned Americans on both his radio show and Fox TV show. O’Reilly had the audacity to question Lou Dobbs about his decision to question Obama’s birth certificate.

The second major issue, the one that Fox has crossed over the line on, was having Rod Blagojevich interviewed by Bill O’Reilly and others and not addressing the bulk of the indictment charges and questioning the involvement of Obama when he was in the IL Senate. The alleged selling of Obama’s IL Senate seat was focused on as if that represented the years of corruption that tied both Blagojevich and Obama to convicted corruption figure Tony Rezko. The Obama Senate seat controversy is a well crafted diversion and Fox, along with the rest of the MSM has embraced it to protect Obama.

A dedicated phone was set aside several weeks ago and the phone number was emailed and left on phone messages for several Glenn Beck accounts. Glenn, you may provide this number to your pal Bill O’Reilly. Glenn, as you state on your Fox program, the phone has been silent and silence is an answer.

« Bill O’Reilly, Glenn Beck, Fox News, Protecting Obama, Why?, At least cover the whole Blagojevich story (Previous News)
(Next News) Mount Vernon Statement, CONSTITUTIONAL CONSERVATISM, A STATEMENT FOR THE 21ST CENTURY, We recommit ourselves to the ideas of the American Founding, Constitution »