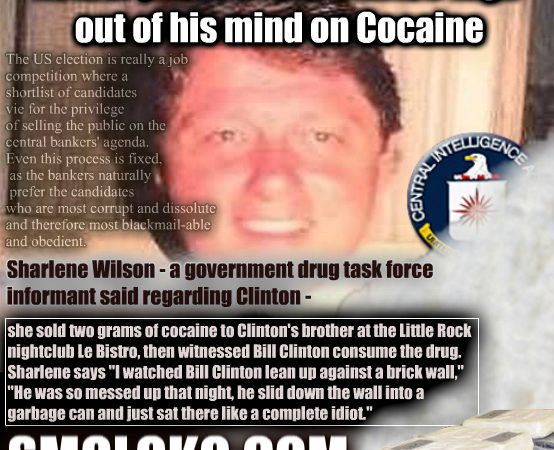 “Did Bill Clinton overdose on cocaine?”

“Now that the press has raised the “coke” question in their dogged pursuit of George W. Bush, questions about Bill Clinton’s drug past are also fair game.

One area of inquiry for the news hounds at, let’s say, the Washington Post, might be an incident that supposedly took place in the early 1980s when Bill Clinton was governor of Arkansas.

Dr. Sam Houston, a respected Little Rock physician and once a doctor for Hillary’s cantankerous father, Hugh Rodham, says it is well known in Little Rock medical circles that Clinton was brought to a Little Rock hospital for emergency treatment for an apparent cocaine overdose.

According to Houston, who told us he spoke to someone intimately familiar with the details of what happened that night, Clinton arrived at the hospital with the aid of a state trooper. Hillary Clinton had been notified by phone and had instructed the hospital staff that Clinton’s personal physician would be arriving soon.

When Mrs. Clinton arrived, she told both of the resident physicians on duty that night that they would never again practice medicine in the United States if word leaked out about Clinton’s drug problem. Reportedly, she pinned one of the doctors up against the wall, both hands pressed against his shoulders, as she gave her dire warning.

Like most tales that reflect poorly on Bill Clinton, the press has ignored any inquiry into this one. In 1996, however, columnist R. Emmett Tyrrell located and telephoned one of the nurses who had been on duty the night Bill Clinton was brought into the emergency room. According to Tyrrell, the nurse didn’t deny the story, but said she couldn’t talk about it because she could lose her job. Welcome to Arkansas!”