“Why did Donald Young, Bill Gwatney, Christopher Kelly, Andrew Breitbart and others with information about Obama all die under mysterious circumstances?”…Citizen Wells

“Johnson revealed that early on Andrew Breitbart hired him to disprove birther claims, to show that birthers are lying and Obama is eligible for presidency. Johnson, an accomplished investigative journalist, engaged in extensive research and found that Taitz and others are correct, that birther claims are true, that Obama is indeed a fraud and using all bogus IDs. Johnson went back to Breitbart and other editors of Breitbart.com advising them that birther claims are 100% correct and they should write about it. Breitbart.com editors refused to write about it as they were afraid of persecutions by the IRS and other government agencies.

So, Johnson confirmed at a public meeting that Breitbart.com, which fashions itself as a political dissident publication, was as complicit in the cover up of the biggest fraud in the US history, as the other main stream media publications, high ranking officials and a number of judges.
Johnson wrote to Taitz in one of his books: “To Orly. Keep telling the truth. Charles C Johnson”” 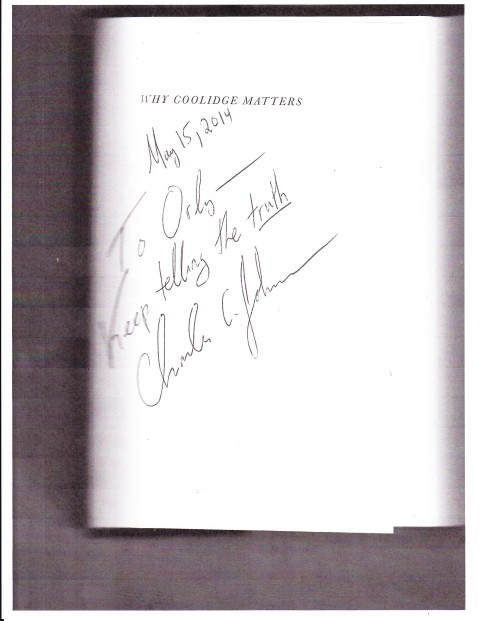 “My gut feeling was strong when I first crafted this question & continued to publish it.

It is ultimately about Obama’s pattern of lies and deception and his disregard for the US Constitution and American people.

It is all about Obama.

Thanks to commenter GORDO.