Another smoking gun in another mysterious death associated with Obama.

Most of the HI medical examiner autopsy report on Loretta Fuddy was blacked out even though these reports are subject to Hawaii’s Uniform Information Practices Act (UIPA) and are a public record.

When I opened my copy a week or so later I was surprised to find the seven page report was a big black hole. Every single medical observation noted during the autopsy detailing the physical examination of Loretta’s body, had faded to black.

Citing HRS 92F-13(1)(4), 92F-22 [4] and the Health Insurance Portability and Accountability Act (HIPAA) [5] the Maui Police Department had taken a virtual Sharpie to almost every word of the Medical Examiner’s report before releasing it.

The Hawaii Office of Information Practices (OIP) [6] is charged with administering UIPA. OIP has concluded several times that Hawaii autopsy reports are subject to UIPA and that “deceased individuals do not have a recognizable privacy interest in their autopsy reports “. [7] In fact this December 31, 1991 OIP opinion also concluded that, “Our research disclosed no provision of chapter 841, Hawaii Revised Statutes, entitled “Inquests, Coroners,” that expressly prohibits the disclosure of autopsy reports. Accordingly, it is our opinion that autopsy reports are not protected from disclosure by section 92F-13(4), Hawaii Revised Statutes.” [8] I find no evidence that HRS 841 been repealed or amended to void this section.

However, in 2003, an OIP opinion determined that, in light of HIPAA, their previous views on the rights of deceased individuals “medical records” needed to be re-visited and concluded that medical records from agencies covered under HIPAA, would also be kept private under UIPA. 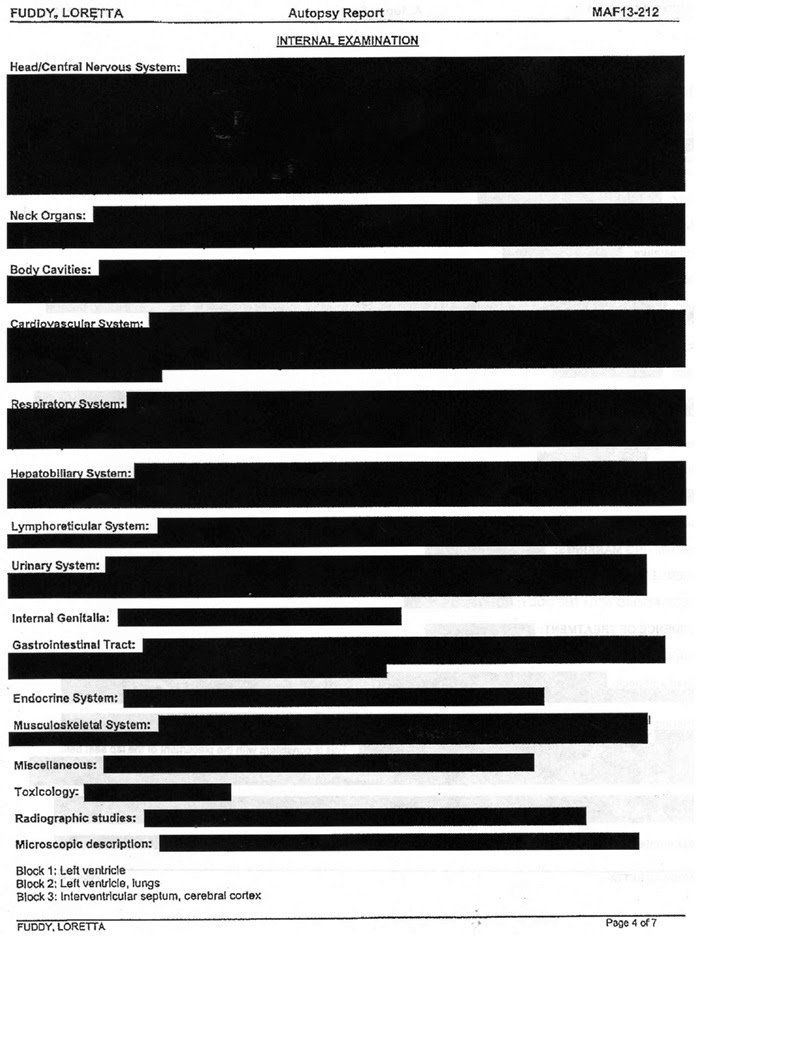 I still believe that it is entirely possible that water was introduced to the fuel supply of the plane with the intent of it crashing.

A fail safe plan could have taken out Fuddy when it safely glided to the water.