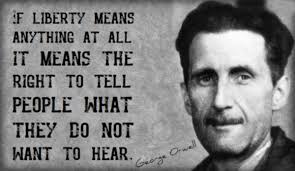 “Over the last six months, of the net job creation, 97 percent of that is part-time work,”…Keith Hall, former BLS chief

“75 percent of Obama jobs added since Jan. 2009 have gone to Hispanics and Latinos.

Why is this not being reported?”

“From the Center for Immigration Studies June 2014.”

“Government data show that since 2000 all of the net gain in the number of working-age (16 to 65) people holding a job has gone to immigrants (legal and illegal). This is remarkable given that native-born Americans accounted for two-thirds of the growth in the total working-age population. Though there has been some recovery from the Great Recession, there were still fewer working-age natives holding a job in the first quarter of 2014 than in 2000, while the number of immigrants with a job was 5.7 million above the 2000 level.”

Remember that 4 percent lower percent of the population employed that I clarified for Goldman Sachs chief economist Jan Hatzius?

You know, that baby boomers have nothing to do with the drop.

“But the wounds of the recession are far from fully healed. Total payrolls remain more than 400,000 below their prior peak due to deep cuts in the number of government workers, especially at the state and local level. And the adult population (16 years and older) has grown by 14 million since the recession began, meaning the U.S. job market is nowhere close to fully recovered on a per-capita basis. The long-term unemployment crisis drags on, the legacy of what is by some measures the slowest recovery since World War II.”

29. S.744 doubles legal immigration within a decade after enactment—and triples it if you include the 12 million amnestied illegal aliens. This is the equivalent of adding the population of Canada – nearly 34 million people, virtually all of whom will need jobs—in a decade. Moreover, this estimate relates to legal permanent residents only, not temporary workers. (See FAIR’s estimate by category of admission)

30. S.744 increases the number of guest workers by 50 percent over the decade after enactment. (See FAIR’s estimate by category of admission)

34. S.744 exempts immigrants (green card holders) with advanced degrees in science, technology, engineering and math, also referred to as STEM fields, from the cap on employment-based immigration. This will dramatically increase competition for Americans entering or working in those fields. (Sec. 2307, p. 315-16)”

“The House of Representatives has passed a bill that would fund the Department of Homeland Security except for President Obama’s executive amnesty program. Now, the Senate is stonewalling, with Democrats voting repeatedly not to take up the bill, insisting instead that Republicans pass a bill funding the executive amnesty along with the rest of the DHS.