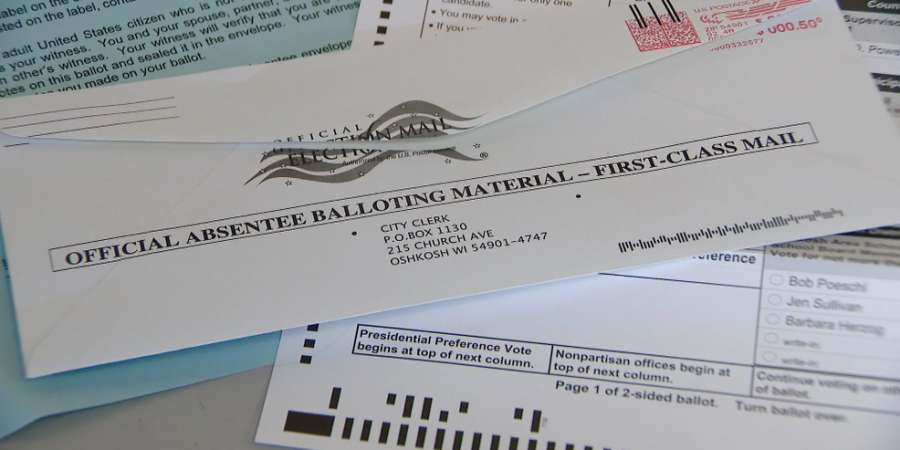 The Republican-controlled Wisconsin Assembly passed a resolution Tuesday to authorize an investigation into the 2020 presidential election that President Joe Biden narrowly won in the state.

The resolution, opposed by Democrats, is needed to give the committee authorization if it decides to issue subpoenas to compel testimony and gather documents, said Rep. Joe Sanfelippo. He is vice-chairman of the Assembly elections and campaign committee that would conduct the probe.”

“Earlier this month, Republicans raised new questions about how the election was administered in Green Bay. The Assembly elections committee held a hearing on those issues, but did not invite any election officials accused of wrongdoing to testify. Green Bay Mayor Eric Genrich called it a “Stalinist show trial” and defended his city’s handling of the election.

Sanfelippo said at a news conference Tuesday that he hoped the committee would not need to subpoena anyone to testify, a power that hasn’t been used by a legislative committee in at least half a century. He said it was in everyone’s best interests to be open and forthcoming.
Assembly Republicans have also introduced a series of election-related bills that would address many of the issues raised by Trump and his supporters. The bills would limit the number of ballot drop boxes; require absentee voters to provide an ID for every election; limit who can automatically receive absentee ballots for every election; prohibit election officials from completing missing information on the certification envelopes returned by voters that contain absentee ballots. and create more paperwork for those who vote early in clerk’s offices.”

The Wisconsin Legislature has already stated that the election results are illegal.

The Wisconsin election results must be decertified immediately!

Then the legal votes should be counted and the real winner declared.

“we conclude that Emergency Order #12 did not render
all Wisconsin electors “indefinitely confined,” thereby obviating
the requirement of a valid photo identification to obtain an
absentee ballot.”

“¶23 The plain language of Wis. Stat. § 6.86(2)(a) requires
that each elector make an individual assessment to determine
whether he or she qualifies as indefinitely confined or disabled
for an indefinite period. A county clerk may not “declare” that
any elector is indefinitely confined due to a pandemic. This
conclusion is supported by two distinct, but equally important,
reasons.”

Relating to: addressing election law violations.
Whereas, in the United States, the power to govern is given by the people
through the process of democratic elections. It is by this process that our government obtains legitimacy; and
Whereas, we have three branches of government, and the legislative branch,
consisting of duly elected representatives of the people, is the branch charged with the power to write the laws. It is through this process that our government maintains legitimacy; and
Whereas, when the executive branch or administrative agencies charged with
enforcing the laws instead choose to step outside of the law, or go beyond the law, or stretch the law to something other than what is written, the legitimacy of the government begins to erode; and
Whereas, the 2020 election and the recount of the results of the presidential
election have brought to light a number of areas in which the letter of the law is not being followed. Those circumstances of departure from the letter of the law include, but are not limited to, the following:
1. Clerks provided absentee ballots to electors without applications, as
required by Wis. Stat. § 6.86.
2. Clerks and deputy clerks authorized by the municipal clerk failed to write
on the official ballot, in the space for official endorsement, the clerk’s initials and
official title, as required by Wis. Stat. § 6.87 (1).
3. Clerks issued absentee ballots to electors who were required to enclose a copy
of proof of identification or an authorized substitute document, but who failed to do so under Wis. Stat. § 6.87 (1).
4. Clerks failed to enter initials on ballot envelopes indicating whether the
elector is exempt from providing proof of identification, as required by Wis. Stat. § 6.87 (2).
5. Clerks in Milwaukee and Dane Counties declared electors in their counties
to be “indefinitely confined” under Wis. Stat. § 6.86 (2), causing chaos and confusion, and failed to keep current the mailing list established under that subsection; more than 215,000 electors thus avoided identification requirements and safeguards that the legislature has established.
6. Clerks and the boards of canvassers permitted absentee ballots returned
without the required witness address under Wis. Stat. § 6.87 (2) to be counted in
contravention of Wis. Stat. § 6.87 (6d).
7. Clerks who received absentee ballots with improperly completed certificates
or no certificates filled in missing information in contravention of Wis. Stat. § 6.87 (9).

8. The Wisconsin Elections Commission, in contravention of Wis. Stat. § 6.875,
barred special voting deputies from entering qualified nursing homes and assisted living facilities, instead mailing ballots to residents directly, thereby avoiding safeguards the legislature put in place to protect our most vulnerable citizens and loved ones.
9. The clerk of the City of Madison ignored Wis. Stat. § 6.855 and created an
event named “Democracy in the Park” and, of her own accord, designated alternate sites where absentee ballots could be collected; these ballots were counted in contravention of Wis. Stat. § 6.87 (6); and
Whereas, without legitimacy, the government of the people, by the people, and
for the people shall not stand. Instead, our government will devolve into a system of coercion and bribery that seeks to use the guise of elections to hold a degree of credibility; and
Whereas, the people of Wisconsin are demanding that the legislature address
questions of legitimacy; now, therefore, be it
Resolved by the assembly, That: the Wisconsin State Assembly recognizes
that the most important function for a government is to conduct fair and honest
elections that follow the duly enacted law; and, be it further
Resolved, That when there are significant portions of the population that
question the integrity of the elections due to the failure of election officials to follow the letter of the law, it is incumbent upon the legislature to address the issues that are in question; and, be it further
Resolved, That the members of the Wisconsin State Assembly place the
redress to these and other election law violations and failed administrative procedures as its highest priority and shall take up legislation crafted to ensure civil officers follow the laws as written.”

Why have they taken so long?