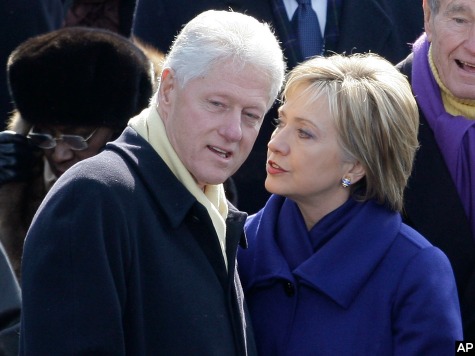 From the Final Report of the Independent Counsel Robert Ray January 5, 2001.

I. INTRODUCTION
As of the date of the filing of this Final Report, the White House has failed to produce all
documents to which this Office is entitled. Grand juries in the Eastern District of Arkansas and
the District of Columbia between March 4, 1994 and December 10, 1998 issued 216 subpoenas
to the White House and its affiliates, which required the search of records responsive to those
subpoenas, including all electronic records and e-mails. The Independent Counsel first learned
from news accounts in February 2000 that the White House may not have conducted complete
searches of records within its custody. It was not until several months later that this Office fully
realized the scope of the White House’s lack of compliance with lawfully issued subpoenas.
II. THE INDEPENDENT COUNSEL LEARNED IN FEBRUARY 2000
THAT ELECTRONIC RECORDS FROM THE BEGINNING OF THE
ADMINISTRATION MAY NOT HAVE BEEN SEARCHED
IN COMPLIANCE WITH LAWFULLY ISSUED SUBPOENAS.
The Washington Times published a story on February 15, 2000 that first alerted the
public and the Independent Counsel that, due to a glitch in the White House’s computer server,
over 100,000 e-mails were never searched in response to subpoenas. The Independent Counsel,
as well as several Congressional investigations issued these subpoenas to the White House. The
Washington Times article reported that Northrop Grumman Corporation (“NGC”) contractors
working at the White House discovered that one of the four White House Lotus Notes e-mail
servers handling the e-mail for about 500 computer users had been mislabeled, preventing these
e-mails from being properly managed.1 The contractors first discovered the problem in May 1998

and determined that it affected servers dating back to August 1996.2 The problem was not
fixed until November 1998 according to the article.3
The White House Counsel sent a letter to the Independent Counsel on March 15, 2000
detailing the problems with its computer system and its failure to capture certain incoming
e-mails for certain periods of time.4 These records had not been reconstructed, and therefore,
White House Counsel Beth Nolan was unable to determine whether any responsive documents to
grand jury subpoenas had been affected.5 The White House Counsel recently revealed on
October 30, 2000 that “incoming e-mail” could include any e-mail not a part of the Executive
Office of the President’s (“EOP”) Automated Records Management System (“ARMS”), such as
the Office of the U.S. Trade Representative, the various units which report to the White House
Military Office, the White House Access and Visitor Entry System (“WAVES”), any user of the
All-in-One system, and the Quorum system.6

« Stop Lady Hillary Before It’s Too Late, NewsMax June 19, 2000, Dan Frisa, She craves power so desperately that she will like her husband do whatever it takes to win (Previous News)
(Next News) A Beautiful Mind John Nash Dies at 86 in taxi accident, Mathematician and Nobel Prize winner, One of great mathematicians of 20th century, Known for originality of his thinking »