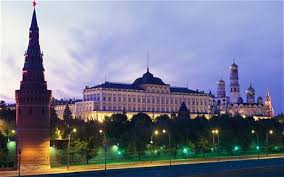 “Analysis: Was Clinton Being Blackmailed by the Kremlin?”

“Intelligence experts consulted by NewsMax.com cast serious doubt on Yeltsin’s suggestion that the Lewinsky matter was a Republican-inspired setup.
Lewinsky, for example, far from being an agent provocateur, was a staunch defender of the president throughout the scandal. Her affair only unraveled and became public in January of 1998 after a chain of events involving her relationship was raised during the Paula Jones civil suit against the president.

What knowledge did the Russians and other countries have of Bill Clinton’s private life?
Lewinsky testified under oath that during her steamy Oval Office affair with the president, he said that he would not be able to telephone her because a “foreign country” was tapping his White House phone lines.

Lewinsky never specified what country Clinton believed was surveilling his communications, but it raises the question of whether Clinton’s relations with Lewinsky were discovered by the Russians or other foreign intelligence agencies.

Was Clinton being blackmailed?
Intelligence experts have worried that the president’s private life may have led to compromising him and, de facto, the country’s national security.

Russia continues to operate a significant spy network in the United States, a holdover of the Soviet days. Additionally, Russia maintains a large communication-gathering spy station at Lourdes, Cuba.

The old Soviet intelligence agencies used blackmail and extortion to achieve their national interests, and there is no reason to believe the Russians have stopped using those tactics.

Why has Clinton turned a blind eye to Russian wrongdoing?
Widespread sentiment in Russia today, and most certainly so during the Yelstin years, was that the U.S. has supported a corrupt Russian mafia at the expense of ordinary Russians.

One expert with a background in Russian matters notes: “From the start of the relationship with Monica Lewinsky until Clinton admitted it in public, that is, from November ’95 until 17 August ’98, the fact of the relationship, the fact the Russians knew about it quite early in ’96 probably, the likelihood that Clinton knew they knew, and that he wanted throughout this period to cover it up all constitute a prima facie case for extortionary pressure, real or felt. It is precisely in this period that we funneled billions of dollars via the IMF and other channels, into the Yeltsin campaign, into the debt pyramid, and into corruption at the top.”

He notes with suspicion that “the Russian financial crash that largely stopped this for a time occurred precisely on 17 August 1998.”

Despite the White House spin that the scandals that have plagued the Clinton administration have been “just about sex,” serious concerns have been raised about whether the Clinton White House could have been susceptible to extortion based on the president’s private life.

The president’s relationship with China. Under Clinton administration policies, some of America’s most-guarded nuclear, ballistic missile and encryption technologies have passed into the hands of the Chinese. At the same time, according to FBI reports, the Democratic National Committee received more than $10 million during the 1996 campaign.
Russia’s continuing military buildup. Despite its economic woes, Russia’s military continues to modernize as it engages in a bloody war in Chechnya – yet the administration remains silent and continues to pump billions into Russia.”

2000, America’s most guarded technologies have passed into the hands of the Chinese, Newsmax October 9, Was Clinton Being Blackmailed by the Kremlin?, Was Clinton being blackmailed?, What knowledge did the Russians and other countries have of Bill Clinton’s private life? CitizenWells, Government, Politics, White House No Comments »