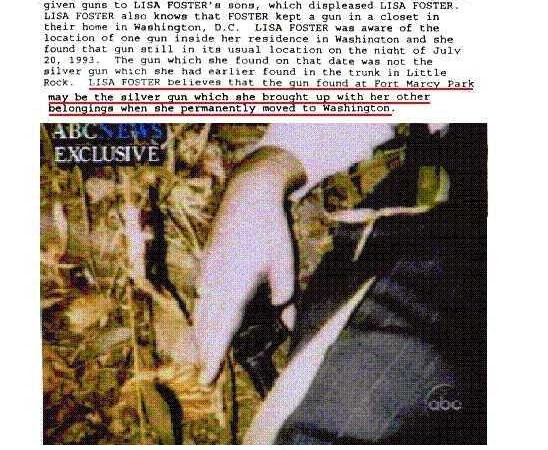 “If you’re holding your breath waiting for special prosecutor Kenneth Starr to recommend indictments against Bill and Hillary Clinton over the Whitewater affair, go ahead and exhale.

That’s the opinion of investigative reporters Christopher Ruddy and Ambrose Evans-Pritchard, who say that the attorney appointed by the Justice Department is too much of a Washington insider to bring charges against a president. Both men spoke before an enthusiastic crowd of about 400 people at Lakeview Lounge, west of Greensburg, Tuesday evening. The evening was arranged by the Westmoreland County Republican Committee and WRRK-FM radio host Jim Quinn.

The two reporters have written extensively on the scandals of the Clinton administration, including Whitewater and the death of White House Deputy Counsel Vince Foster. Ruddy’s stories have frequently appeared in the Tribune-Review. He is a former reporter for the New York Post.

Evans-Pritchard, Washington bureau chief for the London Sunday Telegraph, is also no stranger to readers of the Tribune-Review. Last night, Ruddy, Evans-Pritchard and Quinn narrated a story about multiple coverups, witness intimidation and corrupt political and judicial systems, all aimed at protecting Clinton and his friends.

All three received standing ovations before and after they spoke. “Truth interests me,” explained Jim Shupe of Jeannette as he waited with friends for Ruddy and Evans-Pritchard to speak. Shupe and others in the capacity crowd said the truth is being revealed by a very select portion of the national news media. He said the two reporters and Quinn’s radio show “(are) a good source of information.”

Ruddy defended himself against suggestions made in an interview with Mike Wallace on the television program “60 Minutes” that his reporting on Foster’s death wasn’t complete. Ruddy played portions of tape-recorded interviews with paramedics who tended to Foster that he said supported his reporting. Those tapes weren’t mentioned in the “60 Minutes” interview, Ruddy said. The two reporters dismissed Starr’s investigation of the Whitewater land deal scandal. “Ken Starr, unfortunately, is not the white knight he is often portrayed,” Ruddy said. “You judge someone by what they do. He’s a Washington insider who has always hoped to be on the Supreme Court.”

If Clinton campaign strategist James Carville continues to take on Starr, that’s proof no indictments will come and the liberal attacks will only serve to bolster Starr’s conservative support, Ruddy suggested. A key to Whitewater, Ruddy said, is the death of Foster. “The government knows this is a problem and they know the Foster death is the atomic bomb of the Whitewater case. We have basically proven there was a coverup in this case … and we can’t depend on (any government agency) to investigate it.”

Evans-Pritchard agreed. “There has been a very active coverup by the FBI and the Justice Department. It’s very unlikely that he committed suicide. I’ve never written that he was murdered, but it’s hard to see it otherwise,” he said.

Prosecutors would have to charge Clinton subordinates and then gain their cooperation in order to attack the president, Ruddy said. Evans-Pritchard said his focus has been on the bombing of the Oklahoma City federal building last year. He said evidence suggests federal authorities knew the bombing was going to occur and allowed the plan to go forward in hopes of making arrests beforehand. He said federal law enforcement is dragging its heels out of embarrassment and force of habit. Through the Cold War, he said, the authorities got into the habit of hiding things. Now, it is standard operating procedure, he said. “The (Oklahoma bombing) trial begins March 31. That’s when things will start to unravel,” he said.”