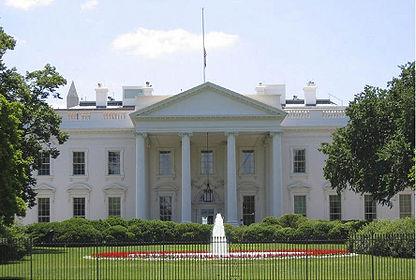 “Why did Obama employ Robert Bauer of Perkins Coie, to request an advisory opinion on FEC matching funds that he was not eligible for?”…Citizen Wells

“Ted Cruz is first out the gate.

The first-term senator from Texas announced early Monday he is running for president.

Cruz announced his candidacy for the Republican presidential nomination in a 30-second video message in a tweet shortly after midnight Monday. Later in the day, he will appear at Virginia’s Liberty University, the largest Christian university in the world, where he will make his in-person declaration.

“I’m running for President and I hope to earn your support!” Cruz said in his tweet.

Cruz, 44, will be the first candidate to formally throw his hat in the ring for what’s expected to be a crowded GOP primary, with more than a dozen high-profile Republicans expressing serious interest in a White House run.”

“A constant and vocal critic of the Obama administration, he’s perhaps best known for his stalwart fight against Obamacare in 2013, which led to a tense standoff between Democrats and Republicans and ultimately resulted in a 17-day government shutdown. The showdown was punctuated by Cruz’s 21-hour speech on the Senate floor.”

To be president of the US one must be a natural born citizen, not just a citizen and not a naturalized citizen.

Based on my understanding the answer is no.

Ted Cruz was born in Canada and had only one US citizen parent.

Is Ted Cruz a patriot?

For the good of the country I am requesting that Ted Cruz, at the earliest possible moment, request an advisory opinion from the FEC about his eligibility for Federal Matching funds and therefore the presidency.

The FEC will be compelled to provide an advisory opinion about whether or not he is a natural born citizen.

This will be important for two reasons.

Ted Cruz needs to know early if his efforts are worthwhile and not counterproductive.

We need a ruling on this. Every government entity that should provide guidance on the definition of natural born citizen has passed the buck, including the US Supreme Court. The courts and congress have shirked their constitutional duty.

There are 2 important instances of an advisory opinion from the FEC on matching funds.

1. Attorney Robert Bauer of Perkins Coie on behalf of Barack Obama in 2007.

“WHY DID OBAMA REFUSE MATCHING FUNDS IN 2008?

The devil himself could not have come up with a more devious plan.

Robert Bauer, of Perkins Coie, on February 1, 2007 requested an advisory opinion to keep Obama’s option for matching funds open. Bauer knew full well that Obama, not being a natural born citizen, was not eligible for matching funds. The FEC advisory opinion from March 1, 2007 responded in the affirmative.Ellen L. Weintraub, former staff member at Perkins Coie, was a Democrat appointee of the FEC at that time. She remained well beyond her scheduled tenure with the help of Barack Obama.
Obama, Robert Bauer, Democrats interaction with FEC timeline.
February 1,2007

“This request for an Advisory Opinion is filed on behalf of Senator Barack Obama and the committee, the Obama Exploratory Committee, that he established to fund his exploration of a Presidential candidacy. The question on which he seeks the Commission’s guidance is whether, if Senator Obama becomes a candidate, he may provisionally raise funds for the general election but retain the option, upon nomination, of returning these contributions and accepting the public funds for which he would be eligible as the Democratic Party’s nominee.”

Note, in the above advisory opinion request, Robert Bauer was a Perkins Coie attorney and Ellen Weintraub was a former Perkins Coie staff member.
March 1, 2007

“Obama to Break Promise, Opt Out of Public Financing for General Election”

“In a web video to supporters — “the people who built this movement from the bottom up” — Sen. Barack Obama, D-Illinois, announced this morning that he will not enter into the public financing system, despite a previous pledge to do so.”

“In November 2007, Obama answered “Yes” to Common Cause when asked “If you are nominated for President in 2008 and your major opponents agree to forgo private funding in the general election campaign, will you participate in the presidential public financing system?”
Obama wrote:

2. Abdul Hassan, a naturalized citizen, requested an advisory opinion in 2012.

WASHINGTON – The United States Court of Appeals for the District of Columbia Circuit today issued its Per Curiam Order inHassan v. FEC (Case 1:11-cv-02189-EGS). The text of the Order may be found here: (http://www.fec.gov/law/litigation/hassan_ac_order2.pdf).

WASHINGTON – The United States District Court for the District of Columbia on Friday issued its Memorandum Opinion and Order in Hassan v. FEC (Case 1:11-cv-02189-EGS). The text of the Memorandum Opinion may be found here (http://www.fec.gov/law/litigation/hassan_dc_memo_opinion.pdf) and the text of the Order may be found here (http://www.fec.gov/law/litigation/hassan_dc_order2.pdf).

The Federal Election Commission (FEC) is an independent regulatory agency that administers and enforces federal campaign finance laws. The FEC has jurisdiction over the financing of campaigns for the U.S. House of Representatives, the U.S. Senate, the Presidency and the Vice Presidency. Established in 1975, the FEC is composed of six Commissioners who are nominated by the President and confirmed by the U.S. Senate.

“Moreover, the Supreme Court has consistently held that the distinction between natural born citizens and naturalized citizens in the context of
Presidential eligibility remains valid.”

“Because the natural born citizen requirement has not been explicitly or implicitly repealed, Hassan’s challenge to that provision, and the Fund Act’s incorporation thereof, must fail.””

I urge you to contact Ted Cruz with this important information.