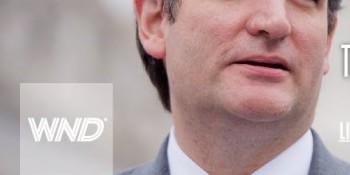 WND misquotes US Constitution on presidential eligibility, Cheryl Chumley replaces at the time of the Adoption of this Constitution with …, Why?, Farah approved?   Words matter. Especially in the US Constitution. Especially when they define the eligibility for president of the US. So the question is, why did Cheryl Chumley omit them? From WND March 24, 2015. “DONALD TRUMP GOES BIRTHER ON TED CRUZ” “Section One, Article Two of the Constitution states “no person except a natural born citizen, or citizen of the United States … shall be eligibleRead More

Bill O’Reilly, Glenn Beck, Fox News, Protecting Obama, Why? This will serve as the open thread today, February 19, 2010. Bill O’Reilly and Glenn Beck have not only not  covered Obama’s eligibility, they have insulted concerned Americans who exercise their First Amendment Rights. Beck and O’Reilly are speaking out of one side of their mouth, while claiming to uphold the US Constitution out of the other side of their mouth. That is just wrong! To add insult to injury, they are not covering the entire Rod Blagojevich indictment, not to mention Obama’sRead More

There has been a lot of controversy lately about bloggers being silenced and attacked. Google, blogger.com, bloggers that opposed Obama were shut down. Larry Sinclair has received numerous personal attacks as well as death threats. Attempts were made to prevent Larry Sinclair from speaking at the National Press Club and then he was arrested and taken to Delaware, the home of Senator Joe Biden and Attorney General Biden. Now a Sinclair YouTube video has been taken down and instead of being informed through the normal channels, a comment was madeRead More