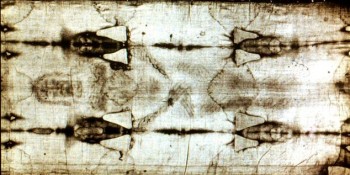 Shroud of Turin created by flash of supernatural light, Scientists Italy National Agency for New Technologies Energy and Sustainable Economic Development, Not medieval forgery From The Daily Mail. “Turin Shroud ‘was created by flash of supernatural light’: It couldn’t be a medieval forgery, say scientists” “The image on the Turin Shroud could not be the  work of medieval forgers but was instead caused by a supernatural ‘flash of light’, according to scientists. Italian researchers have found evidence that casts doubt on claims that the relic – said to be the burialRead More