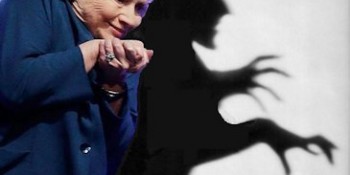 The Real Hillary, Retired secret service agent Hillary Clinton witch, NewsMax March 20, 2001, Boorish rude arrogant condescending and demeaning behavior   The following article can no longer be found at NewsMax. Apparently their archives only go back to 2007. Since it was scrubbed it is presented in it’s entirety. From NewsMax March 20, 2001. “The Real Hillary A just-retired Secret Service agent who spent five years on Hillary Clinton’s protective detail has told a Newsmax source that “only one word adequately describes that woman: witch.” This is but theRead More