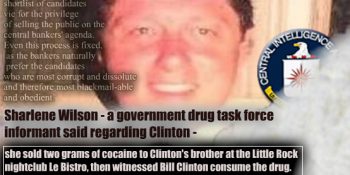 Did Bill Clinton overdose on cocaine?, Christopher Ruddy, Dr. Sam Houston Clinton was brought to Little Rock hospital for emergency treatment for apparent cocaine overdose, Hillary threatened resident physicians if word leaked out about Clinton’s drug problem, Newsmax August 25, 1999   The following article can no longer be found at NewsMax. Some of their Archives can only be found on the Wayback Machine. Since it was scrubbed it is presented in it’s entirety. From NewsMax August 25, 1999. “Did Bill Clinton overdose on cocaine?” “Now that the press has raisedRead More