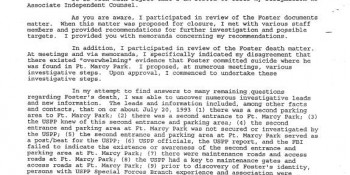 While Obama was campaigning for Martha Coakley in Boston this afternoon, January 17, 2010, Scott Brown was campaigning in Worcester, MA. From the Boston Herald. “Energized Brown mocks desperate Dems” “GOP upstart state Sen. Scott Brown took aim at Democratic opponent Attorney General Martha Coakley’s presidential bailout this afternoon, telling a packed hall of rowdy supporters he would stay connected to them and not embrace Washington, D.C. insiders. “They put in a distress call to Washington, and the next thing you know, Air Force One is landing at Logan,” BrownRead More

Dean Haskins, Chairman of Restore the Constitutional Republic has just notified me that the new website is up. We have been working with Dean and the group to inform congress, other officials and the American public of the eligibility issues surrounding Barack Obama and the importance of upholding the US Constitution. Even if Obama is inaugurated, there is a groundswell of concern over violation of the US Constitution, degradation of the rule of law and disregard for this country. Please visit the new site and get involved in saving thisRead More

If you are a voter in West Virginia, Pennsylvania, Ohio, Colorado, Indiana or anywhere in the US, pay close attention. People clinging to guns and religion was not the only elitist remark Obama made in San Francisco. On January 17, 2008, in a San Francisco interview, in another remark taylored to his elitist followers, Obama stated he would bankrupt the coal industry. This time, his remarks are not just insulting, they will lead to more energy dependence and job losses. Once again, in Obama’s own words, he proves how dangerousRead More