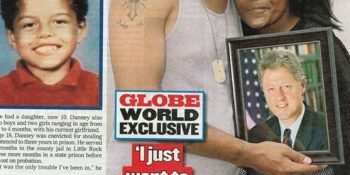 News on the President’s Secret Son, Danny Williams Bill Clinton’s son?, “He’s aware that Bill Clinton is supposed to be his father”, Prostitute Bobbie Ann Williams mother, Globe first broke story, Newsmax November 2, 1998   The following article can no longer be found at NewsMax. Some of their Archives can only be found on the Wayback Machine. Since it was scrubbed it is presented in it’s entirety. From NewsMax Newsmax November 2, 1998. “News on the President’s Secret Son” “Thirteen-year-old Danny Williams knows all about his famous parent andRead More