I received the following photo in an email this morning of White House party crashers, Tareq and Michaele Salahi posing with Barack Obama several years ago:
Recognize anyone in this photo? 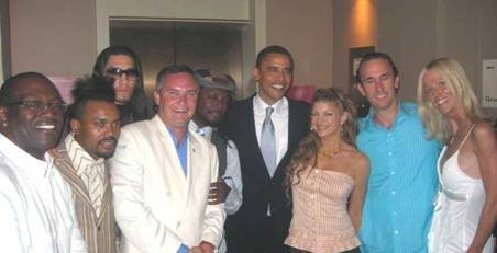 This picture was taken a few years ago and it seems Obama has known these two phony’s for awhile now, or at least when he was a Senator.

Funny how this has not come out in the press and, it’s no wonder the White House doesn’t want the Social Secretary, Desiree Rogers, to testify.  She knows that the Secret Service is not responsible even though they took the fall and three guys were put on leave!
There is no way this will be widely publicized, unless each of us sends it on!
This is your chance to make a difference.

It is a real picture.  Check this out in Snopes.com — http://www.snopes.com/politics/obama/photos/crashers.asp