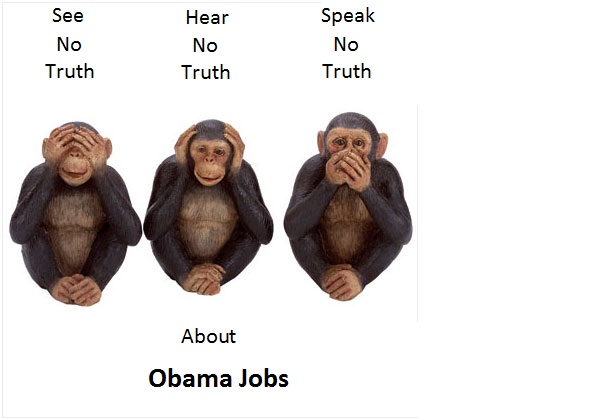 The White House recently, when reporting on a BLS employment release, quoted a July 2014 report from the White House Council of Economic Advisers.

The Council is currently comprised of a Chairman and two Members. The Chairman is Jason Furman. The Council’s members are Betsey Stevenson and Maurice Obstfeld. The Council is supported by a staff of professional senior economists, staff economists and research assistants, as well as a statistical office.”

“Jason Furman was confirmed by the Senate on August 1, 2013 as the 28th Chairman of the Council of Economic Advisers. In this role, he serves as President Obama’s Chief Economist and a Member of the Cabinet. Furman has served the President since the beginning of the Administration, previously holding the position of Principal Deputy Director of the National Economic Council and Assistant to the President. Immediately prior to the Administration, Furman was Economic Policy Director for the President’s campaign in 2008 and a member of the Presidential Transition Team.”

About half of the decline (1.6 percentage point) is due to the aging of the population.
Because older individuals participate in the labor force at lower rates than younger
workers, the aging of the population exerts downward pressure on the overall labor force
participation rate. While older workers today are participating in the labor force at higher
rates than older workers of previous generations, there is still a very large drop-off in
participation when workers enter their early 60s.”

The largest single factor in the decline of the participation rate since the end of 2007 is the aging
of the workforce—something that was predicted well before the Great Recession. Every year
since 2000, the Economic Report of the President has mentioned the post-2008 decline in the
labor force participation rate as a factor slowing growth of potential real GDP. In 2004, the first
year in which their ten-year forecast included the 2007-2013 period, CBO predicted that
participation would fall by 1 percentage point between 2007 and 2013 due to aging. Also, in 2006
researchers from the Federal Reserve predicted, based solely on aging and other trends, that the
participation rate would fall to 63.3 percent in 2013—the exact value to which it fell (Aaronson
et al. 2006).”

“Many older workers are holding on to their jobs instead of retiring — and that’s causing a logjam in the labor market.
After reaching a historic peak in 2000, the labor force participation rate — the sum of workers and those who want to work as a proportion of the working-age population — “drifted gradually downward,” says Patrick O’Keefe, director of economic research at CohnReznick, an accounting and advisory firm. The decline accelerated with the 2008 recession and the rate fell to a 36-year low of 62.8% at the end of 2013 and, he says, “has hovered around that level since.” The rate was at 62.9% in January 2015.
There’s been a sharp decline in labor force participation among younger workers (aged 16 to 24) and prime-age working adults (aged 25 to 54), according to the most recent Bureau of Labor Statistics figures, while older workers have been holding on to their jobs. “Coincidentally, a larger share of baby boomers, an exceptionally large cohort, continues to participate at historically high levels,” O’Keefe says. “Fewer Americans have or are seeking jobs and that has long-term implications for the U.S. economy and economic policy.”
In the fourth quarter, the labor force participation rate of younger workers was just 55.5% after holding steady at about 66% from 1998 to 2000, and participation by the prime earning group (ages 25 to 54) was unchanged at 80.8% after peaking at 84.4% in early 2000. However, participation among those approaching retirement had slipped only slightly from the mid-2010 post-war record rate of 65.3% to 64.3% in the most recent quarter and was 18.6% for those 65-plus, just shy of a two-year high of 19%.
Americans have either decided to remain in the workforce at a time when they might have otherwise retired due to finances or because they like working, “and that has meant greater competition for jobs,” says Mark Hamrick, Washington bureau chief at personal finance site Bankrate.com. Only 26% of Americans have a traditional notion of retirement in which they plan to stop working altogether, according to a new survey of 7,000 households released last week by The Pew Charitable Trusts.”

From Market Watch September 30, 2014.
“Don’t expect the trend toward retiring at older ages to stop any time soon.
That’s the conclusion of a new survey of over 4,200 full-time U.S. workers by consulting firm TowersWatson. On the whole, the survey is pessimistic about the trend, which in today’s lackluster job market is impeding job “opportunities for the young.” It also has a downside for employers: Many people who are delaying retirement are less healthy, more stressed, and more likely to be disengaged from their jobs, according to the survey.
“The concern for employers is that this creates a productivity drag,” says Steve Nyce,  a senior economist at TowersWatson.
First, the specifics. According to Census Bureau data, labor force participation rates for older men have risen steadily over the past 25 years. Among men ages 65 and over, for example, 24% are now in the workforce, up from 17% in 1990. For those ages 55 to 64, 70% have jobs or are looking for work, up from 67% in 1990.  Meanwhile, younger men are experiencing the opposite: For 25 to 54 year olds, labor force participation rates have declined from 93% in 1990 to 88% today. (The trends for women are the same.)”