“But they that wait on the LORD shall renew their strength; they shall mount up with wings as eagles; they shall run, and not be weary; and they shall walk, and not faint”….Isaiah 40:31
“If you will not fight for right when you can easily win without bloodshed,
If you will not fight when your victory is sure and not too costly,
You may come to the moment when you will have to fight
with all the odds against you and only a precarious chance of survival.”…Winston Churchill

“I have read many obituaries. I always look for the ones of Word War II veterans. It is my way of thanking them for their sacrifices. Today I was presented an obituary that left me in awe and with respect for a shining example from the Greatest Generation. It is fitting that the world celebrate and give thanks for the life of Pastor Gerald C. Primm, a war hero and man of God.

From the Greensboro News and Record Obituaries, Sunday, May 29, 2011, Memorial Day Weekend.

“Gerald joined the Army Air Force during WWII to fight for his country. He became a Fighter Pilot flying the P-38 Lightning. During the war years he flew 56 combat missions (Note: only had to fly 50 but volunteered for 6 more). His exploits as a fighter pilot ranged from starting his European service in Casablanca, to starting his combat missions in Mateur, Tunisia in Northern Africa and in escorting bombers to Sardinia. After Sardinia was liberated by the Allies, he was stationed at Sardinia where he suffered from a bout of yellow jaundice. From Sardinia Gerald was stationed at Gioia del Colle on Italy proper.

He flew six combat missions out of Gioia del Colle – the most harrowing was the mission to escort bombers to bomb a ball-bearing plant in Wiener-Neustadt, Austria. When the bombers arrived at Wiener-Neustadt they had to abort their mission due to weather, but this just started the travails of Gerald as bandits (enemy) were spotted and Gerald counted about 25 of them and then another 35 were spotted for a total of 60. Outnumbered by 60 to 16, Gerald’s plane was fixed upon and a bullet knocked out his hydraulic system and one engine, thus his wing flaps were not maneuverable and his landing gear would not deploy. Gerald dismissed bailing out over Yugoslavia and decided to skim the mountain tops and glide over the Adriatic Sea. To compound Gerald’s problems a German plane was coming in for the kill and one of Gerald’s fellow pilots, Jim Advey, came to the rescue and drove the enemy fighter away. They remained life-long friends after the war. Gerald’s Wiener-Neustadt escapade ended as he spotted an airfield north of Foggia, Italy and Gerald crash landed at 130 miles an hour without the plane somersaulting down the runway.
The remaining number of his 50 missions would be flown out of Foggia airfields which included escorting bombers to bomb the infamous Ploesti oil refineries in Rumania. Other exploits included flying from England to Algiers and having to emergency land on Gibraltar because one engine had failed. But the most noteworthy assignment of the war came about after Gerald had received the promotion to captain and volunteered for more missions (6) beyond his obligatory requirement of 50. At this time he was called into the office of Lt. General Ira Eaker, Mediterranean Commander, USAAF at King Victor Emmanuel’s Palace where he was asked if he knew about the upcoming invasion of Southern France. Once Gerald said no, Eaker informed him that he had been selected to fly Lt. General Jacob Devers, Supreme Allied Commander of the Mediterranean, in a specially modified P-38 to view the invasion on August 15, 1944, called Operation Dragoon. This Gerald did as he and the General, as well as 7 other Generals flew out of Corsica to view the invasion of Southern France by the Allies.

For his exploits in WWII Gerald received the Distinguished Flying Cross awarded for “Heroism or Extraordinary Achievement” and the Air Medal with nine oak leaf clusters. In addition he received the Asian-Pacific Theatre Ribbon, Europe-Africa-Mediterranean Theater Ribbon with three battle stars and Distinguished Unit Citation.

After the war Gerald attempted to pick up his college education that had been interrupted by the war years by attending the UNC-Chapel Hill and moving to Texas to attend Baylor University. But a higher calling was in the offing for Gerald as he felt led to enter the Christian ministry as a Southern Baptist Preacher/Pastor. At about the same time he met the love of his life Ethel Brown at the First Baptist Church in Sanford where Ethel was Educational Director. Their marriage on December 28, 1948 formed a magnificent partnership in serving their Lord and Savior Jesus Christ until Ethel’s death on January 10, 2006. “

“Gerald also took a stand for Civil Rights as evidenced by his bold and heroic actions in the 1950′s at his church in Raleigh which was located beside Shaw University, a black college. Some of the leaders of the church told Gerald that four Shaw University Students (African American) were attempting to enter the church to worship and these officials would not let them. Gerald rebuked them and told the officials to let them come in to worship. The next week Gerald, from the pulpit, resigned as pastor saying the courageous and truthful words to some members of the congregation that “their hearts were blacker than the faces of the students they barred from the place of worship”. This incident made statewide, national, and international news and brought Gerald great admiration from the African-American communities in Raleigh and threats from others. To the church’s credit they received the rebuke from their pastor and voted to rescind his resignation.
Gerald Primm was a war hero and a hero of the faith, but to the ones who loved him and knew him the most he was a loving friend, pastor, mentor, husband, brother, son and father. “

Thank God for the life of Pastor Gerald C. Primm

Trey Gowdy Interim Progress Update, May 8, 2015, The Select Committee on the Events Surrounding the 2012Read More 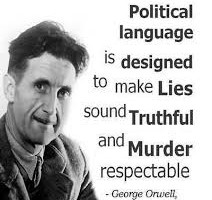 Judith Miller George Bush did not lie, Miller admits her role in WMD reports, No senior official spoon fed me a line about WMD