Did Fox News and/or Bill O’Reilly sell their soul to the devil?
We need for journalists and those reporting in the media to take an oath of honesty and integrity. Except for perhaps Sean Hannity, Fox News is sorely lacking.
Lt. Col. Terrence Lakin took the following oath:
“I, [name], do solemnly swear (or affirm) that I will support and
defend the Constitution of the United States against all enemies,
foreign and domestic; that I will bear true faith and allegiance to
the same; that I take this obligation freely, without any mental
reservation or purpose of evasion; and that I will well and faithfully
discharge the duties of the office on which I am about to enter.
So help me God.”
US Military officer’s oath of office

Please provide fair and balanced coverage regarding LTC Lakin. Please do not trash people “birthers” who are asking legitimate questions.

“Facts are stubborn things; and whatever may be our wishes, our inclination, or the dictates of our passions, they cannot alter the state of facts and evidence.”
– John Adams

LTC Lakin is an honorable man and needs to be treated as such. He is standing up for what he believes. He believes in the oath that he took to defend his Country from enemies both foreign and domestic. His oath is to protect and defend the Constitution, as such, believes no man is “above the law” including the President.

Instead of questioning LTC Lakin’s motives, I would hope that you question Mr. Obama’s. Why would a sitting President who has nothing to hide go to such great lengths, spending millions, to refrain from providing basic documents that prove his eligibility for office?

I would also hope that your focus is NOT primarily on Mr. Obama’s elusive birth certificate. Mr. Obama, by his own admission stated that he was born with DUAL citizenship Kenya-British (Barack Obama Sr.) and USA (Stanley Ann Dunham). He was also a citizen of Indonesia when he was adopted by his step father Lolo Soetoro.

How can a person with DUAL citizenship, who has allegiances to counties other than the USA be a Natural Born Citizen?

NBC=Two Citizen ParentS and Born on US Soil.

You see, it doesn’t matter if Barack Obama was born in Kenya or Hawaii, his Dual Citizenship disqualifies him for POTUS. This should be your focus Megyn, please don’t disappoint!”

“Will Fox News cover this story in a “fair and balanced” manner? Megyn Kelly has supposedly been researching this story. Will she do real research and report with objectivity? Will Kelly actually read the statements from Dr. Fukino, examine the steps taken by Obama and his cadres of attorneys to avoid presenting a real birth certificate? Will Kelly review the natural born citizen clause and what it means? Will Kelly consider the fact that Obama has done everything in his power to hide his past including his college records?”
Read more

We now have an answer as to whether or not Fox News, Bill O’Reilly and Megyn Kelly intend to cover the Lt. Col. Terrence Lakin story with indepth research and objectivity.

I have a great many facts and opinions to use to respond to the biased, unprofessional statements of O’Reilly and Kelly on Fox. However, for the moment, the following, perhaps, screams louder.

Newspaper Birth Announcement Ads in 1961 in two Hawaiian Newspapers do NOT prove Obama was physically born in Hawaii. 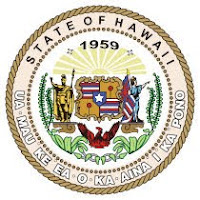 Newspaper Birth Announcement Ads in 1961 in two Hawaiian Newspapers do NOT prove Obama was physically born in Hawaii.

The two announcements in the Hawaiian newspaper in 1961 only prove a birth was REGISTERED there, not that he was born there. A registration was allowed under Hawaiian law in 1961 to be made by any family member via a simple mail-in form to the state Health Department. No 3rd party or independent witnesses to the birth were required. The statement of a family member registering a new born child as born home was accepted into the registration system with little or not questions back then. Thus the family could lie and register a birth in Hawaii when it occurred elsewhere, anywhere in the world, simply to get the child U.S. citizenship, a highly coveted status then and now. The false registration was not done so he could be President some day. The false registration was done to get the new born child citizenship for that time. It was a case of birth registration fraud to illegally gain U.S. citizenship for a foreign born child of the family.

Given Hawaii’s very lax birth registration laws, as I said, Obama could have been born anywhere in the world and if Obama’s maternal grandma filled out the form and mailed it in to the birth registration office saying Obama was born at their home in Hawaii, a vital record would be created. And the birth announcement was on the list of births registered that week and which lists were sent routinely each week to the two newspapers. With data systems it is GIGO, garbage (false registration data) in yields garbage out (fraudulently created birth record in the state’s vital record system out). And with a falsified birth registration in the system, subsequent computer print outs in later years and carefully crafted statements by Hawaiian officials that they have a record of Obama being born in Hawaii can be obtained and made. But those printouts and statements are being made based on a falsified vital record mail-in registration form back in 1961.

WND.com, an online newspaper, did investigations on this first in 2009. They also did follow on stories in 2010 into how the newspaper ads were placed in those two papers in 1961 and the research revealed that the birth announcements were placed by the state, not the family. See these two article links below and many other articles as to how the Honolulu Advertiser and the other sister pub got the birth announcements from a list from the state each week, not from the families. These were public service birth announcements provided by the state. Garbage/falsified data on the available and simple birth registration mail-in form sent into the birth registration office in 1961 by a fraudulent filing by Obama’s grandmother to get her foreign born new grandson U.S. citizenship, illegally but easily given Hawaii’s lax laws back then, yielded a birth announcement in the paper for a birth in Hawaii that was registered there but did not physically occur in Hawaii. Obama was physically not born in Hawaii, as James Orengo, Member of Parliament, in Kenya recently attested to, as have other MPs in Kenya and as have members of Obama’s paternal line family in Kenya.

My explanation to Bill Cunningham on his nationally syndicated radio show in the summer of 2009:
http://www.youtube.com/watch?v=HmZpwcRf3FQ

The main stream media is deliberately lying about how these birth announcements got into those newspapers when they tell America that the family placed the ads and that someone was anticipating that someday Obama would run for President. First the family did not place the ads, the state did. And the family member simply filed the false birth registration data on the mail-in form for the obvious purpose of gaining the child U.S. citizenship, a highly coveted status then and now. Birth registration fraud occurs today and it occurred then. And it occurred in with Obama. The Hawaiian authorities were victims of the birth registration fraud by Obama’s grandmother back in 1961 and now instead of admitting it, they are covering up that there is no independent evidence to verify the false registration that Obama was born in Hawaii. No hospital or doctor’s name no medical attendants name at the home. Nothing. Just the false testimony of the grandmother on a mail-in form that no one verified back in 1961.

With the contradictory statements being made in Kenya by government officials there and members of the family there that Obama was born in Kenya and is not a native born American, the true legal identity needs to be investigated in a court of law. Any reasonable person looking at the evidence for and against Obama being born in Hawaii would say there is reasonable doubt he was born in Hawaii and would demand a further investigation. But the media is covering up for Obama by making false statements to protect him. The media created Obama, covered up for him, and is still a propaganda organ for him. This is a national disgrace.