Larry Sinclair is traveling to Grand Rapids MI for the first leg of his Take it to the Streets Tour. Sinclair will arrive in Grand Rapids tonight and will attend Obama rallies on Thursday, October 2, 2008.

Larry Sinclair will also host his blog talk radio show tonight from Grand Rapids MI. The show will air at 7:00 Central. To listen, visit Sinclair’s site and click on the radio show link on the right:

Here are some announcements from Larry Sinclair:

……. Sen. Barack Obama will be back in Michigan for rallies in Grand Rapids and East Lansing.

The events, which will focus on the Oct. 6 voter registration deadline and Obama’s plan for the economy, will begin at 9:30 a.m. Thursday at Calder Plaza, 300 Ottawa Ave. NW, in downtown Grand Rapids. A second rally will begin at 2:30 p.m. Thursday at Adams Field on West Circle Drive on Michigan State University’s campus.

The rally is free and open to the public and tickets are not required.” 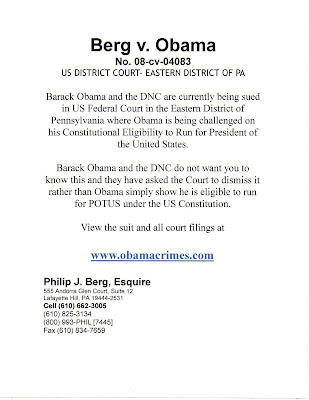 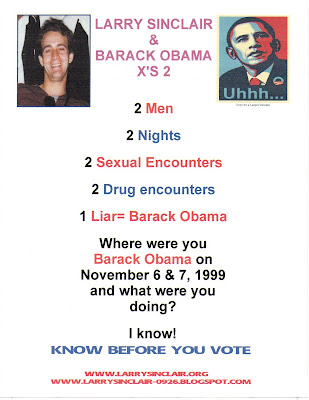 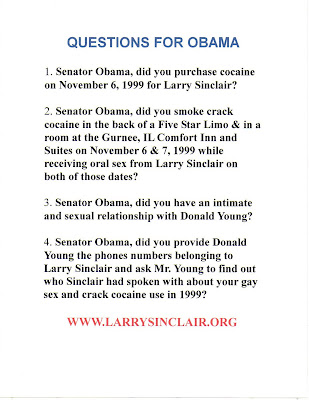