Koch: I Hope They Prosecute Clinton, What he did with the commutations and the pardons is so shocking, Newsmax March 3, 2001, Pardongate criminal probe by US Attorney for New York’s southern district Mary Jo White 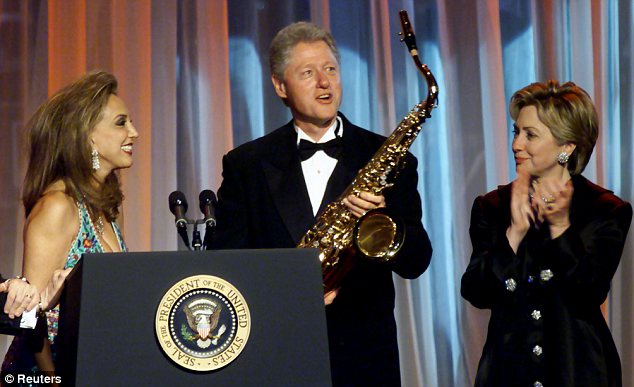 Koch: I Hope They Prosecute Clinton, What he did with the commutations and the pardons is so shocking, Newsmax March 3, 2001, Pardongate criminal probe by US Attorney for New York’s southern district Mary Jo White

“Koch: I Hope They Prosecute Clinton

“How low the mighty have fallen. And he brought it on all on his own,” Koch told Bloomberg News Radio’s Wes Smith.

“What he did with the commutations and the pardons is so shocking. And if they find a money trail, and it wouldn’t shock me if they did, I hope they can get him criminally.”

Mr. Clinton along with his wife, Sen. Hillary Clinton, are currently the subjects of a Pardongate criminal probe by U.S. Attorney for New York’s Southern District Mary Jo White.

Koch defended Clinton throughout impeachment and was one of the earliest advocates of congressional censure as an alternative punishment.

But he has also been among the most critical of the Clintons since the pardons-for-cash scandal erupted. Two weeks ago the former mayor said that he hoped investigators would “leave no stone unturned” as they probe the ex-president’s pardon of fugitive billionaire Marc Rich.

The feisty Democrat, who’s making a rapid recovery from a recent heart attack, also had some surprisingly kind words for President George Bush after his State of the Union address on Tuesday.

“It was a home run; he was magnificent,” Koch told Bloomberg News. “And what was interesting was that the Republicans and Democrats stood and applauded him. He had an enormous number of applause lines.”

While he thinks Reagan and Clinton were better speakers, Koch said, “There is a genuineness to [Bush] that is very, very affecting in a very positive way.””

2001, Koch: I Hope They Prosecute Clinton, Newsmax March 3, Pardongate criminal probe by US Attorney for New York's southern district Mary Jo White, What he did with the commutations and the pardons is so shocking Crime, Government, Politics, White House No Comments »

« The body count: add one more, William Colby’s death mystery, Newsmax March 24, 1999, Former CIA Director Bill Colby suspicious death, Contributing editor of leading real opposition publications to Clintons, Clinton “body count” 40 names (Previous News)
(Next News) The Hillary Conspiracy, The Seduction of Hillary Clinton, The transformation of the American democracy the American republic into a banana republic, Horowitz Hillary Clinton is another revolutionary in disguise she will do anything to get the power, Newsmax April 12, 2000 »