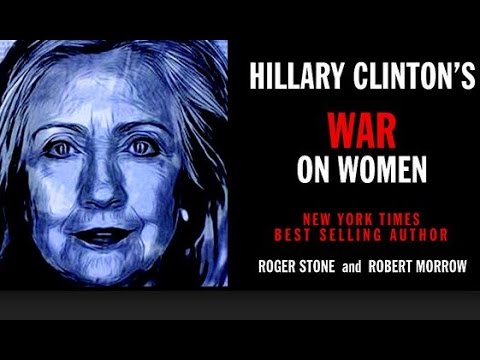 “The Wall Street Journal rocks Bill’s World this morning with a blockbuster account of Juanita Broaddrick’s rape by then-governor-wanna-be Bill Clinton in 1978. In a heart wrenching account, the Journal lays waste to NBC’s newfound “journalistic standards” which the network hid behind in defense for quashing what is certainly the most sensational story of Clinton’s checkered career.

NewsMax.com was the first news outlet to write about the Broaddrick charges. Carl Limbacher’s groundbreaking reporting on October 2, 1998 The Clinton Rape-Charge Cover-Up was the first to highlight the “footnote” regarding a “Jane Doe #5” in Independent Counsel Kenneth Starr’s report to Congress. This minor addendum, lost on the mainstream press, noted:

“On Friday, January 2, 1998, … Jane Doe #5 signed an affidavit in which she denied that the President made ‘unwelcome sexual advances toward me in the late seventies.’ (On April 8, 1998, however, Jane Doe#5 stated to OIC [Office of Independent Counsel] investigators that this affidavit was false.)”

Noted Limbacher: “The story that Jane Doe #5, a.k.a. Juanita Broaddrick, no longer denies is the story she told her Arkansas friends years ago: that Bill Clinton, while state attorney general, brutally raped her in a Little Rock hotel room after she had enlisted to work in his first gubernatorial campaign.

While the lock-step media ignored the story, NewsMax.com continued its coverage throughout the fall. On December 22 of last year, NewsMax.com readers became privy to a leaked internal ABC News Memo written by a top ABC news producer. The memo came as the result of a feud between World News Tonight Executive Producer Paul Freidman and network anchor Peter Jennings. Jennings vehemently objected to ABC news reporting on the subject.

The Newsweek monikered “Titans of ‘Tude” at NewsMax.com plowed on relentlessly despite the national blackout on Mrs. Broaddrick’s charges, covering the slow Congressional awakening, as Representives read Broaddrick’s horrific account in secret documents. When NBC panicked, and decided to ice their 8-hour interview with Broaddrick, NewsMax.com covered their excuses.

The Wall Street Journal editorial page today exploded through the media stonewall in a stunning blockbuster by Dorothy Rabinowitz, confirming what NewsMax.com readers have known for months: that Juanita Broaddrick was the unfortunate victim of a rape by Bill Clinton in 1978.

Yet even as Mrs. Broaddrick found the remarkable courage to tell her story to NBC New’s Lisa Myers, NBC network executives were trying to find reasons to not air it.

Rabinowitz notes that Broaddrick’s story “was crucial to the outcome of [the impeachment proceedings] … It was when several wavering House Republicans read the Jane Doe material from the independent counsel’s office that they decided they would vote to impeach.” As Carl Limbacher queries in his NewsMax.com commentary today, Did NBC News Save Clinton?, was history altered by “newsmen” who kept vital information from the public? Had NBC aired the Broaddrick interview in January as scheduled, would it have affected the Senators, as it did the House members?

The Wall Street Journal article details the horrific decisions faced by Mrs. Broaddrick in making her decision to go public, and the ultimate and cruel betrayal by NBC.

While Broaddrick faced her past with respected NBC reporter Lisa Myers, at NBC “the debate was what to do about the Broaddrick interview,” Rabinowitz writes.

“The network had an explosive story on its hands, to be sure, and also an exhaustively investigated one. NBC’s researchers had combed through the Broaddricks’ entire lives, through dusty basement files and court records.”

“As the days passed, with no Broaddrick interview — and the Feb. 12 Senate impeachment trial vote imminent — NBC News spokesmen told all callers the “Dateline” report was still a work in progress, requiring more investigation. Other sources at NBC asked — profoundly off the record — how much more confirmation could the story need? They had four witnesses giving corroborating testimony — citizens with nothing to gain and possibly much to lose by going public and talking, as the husband of one witness kept warning her. Still, they had come forward. NBC had investigated and investigated, and it was not yet enough. Word went out from NBC that the network had to cross-check dates, or lacked enough dates. Meanwhile, for any journalist asking what happened to the interview with Mrs. Broaddrick, the office of NBC News president Andrew Lack had a simple, uplifting message — namely that NBC wanted to make sure the story was “rock solid” journalism.”

Rabinowitz reports that Broaddrick understood that her worst fears had been realized when Lisa Myers told her, “The good news is you’re credible. The bad news is you’re very credible.” As Broaddrick puzzled over the meaning of those words, The Journal writes, “It meant that to encounter this woman, to hear the details of her story and the statements of the corroborating witnesses, was to understand that this was an event that in fact took place. ‘Too credible’ sums the matter up nicely.”

The Journal article then chronicles the sad and horrible ordeal of Mrs. Broaddrick:

Mr. Clinton … got her onto the bed, held her down forcibly and bit her lips. The sexual entry itself was not without some pain, she recalls, because of her stiffness and resistance. When it was over, she says, he looked down at her and said not to worry, he was sterile — he had had mumps when he was a child.

“I felt paralyzed and was starting to cry,” recounts Broaddrick.

As he got to the door, she remembers, he turned.

“This is the part that always stays in my mind–the way he put on his sunglasses. Then he looked at me and said, ‘You better put some ice on that.’ And then he left.”

A friend, nurse Norma Rogers, found Mrs. Broaddrick still on the bed in a state of shock, “lips swollen to double their size, mouth discolored from the biting, her pantyhose torn in the crotch.”

For years after, Broaddrick assiduously avoided any business meetings where the now-Governor Clinton would be attending. At a chance meeting Broaddrick’s husband, who knew of the rape, told Clinton to stay away from his wife. Clinton tried to “pass it off as joshing.”

But Mr. Clinton didn’t forget her … in 1991 … she was called out of a meeting concerning state nursing standards. She had no idea that the person who had summoned her was Gov. Clinton, who waited by a stairway for her. He took her hands, she recalls, and told her that he wanted to apologize, and asked what he could do to make things up to her. She said nothing and walked away. For a time, she and Norma [Rogers] wondered what had brought this on. Not long after, Mr. Clinton announced he was running for president.

The Paula Jones lawsuit brought the plaintiff’s lawyers to Mrs. Broaddrick, who desperately wanted to avoid involvement. So she signed an affadavit, which she knew to be false, denying any sexual assault by Bill Clinton.

In a stunning revelation, the Wall Street Journal writes, “Her lawyer, Republican state Sen. Bill Walters, prepared the affidavit — the model for which he says he got from White House lawyer Bruce Lindsey, who was happy to oblige.”

But when Independent Counsel Kenneth Starr’s investigators appeared on her doorstep, Mrs. Broaddrick’s son Kevin says, “She knew it was one thing to lie in a civil trial so she could get away from all this, but another to lie to federal prosecutors and possibly a grand jury.” Broaddrick, after receiving immunity, admitted to her earlier perjurious affadavit.

That Broaddrick had been raped by now-President Clinton became a mere footnote in Starr’s report.

“Spokesmen for NBC News still announce their intention to make certain the story is solid — a heartening testimony to the elevated standards of journalism that have now apparently seized the network. Mrs. Broaddrick laughs, noting that NBC is still seeking answers and working on the program, which the network may one day air — an event for which she is not holding her breath.”