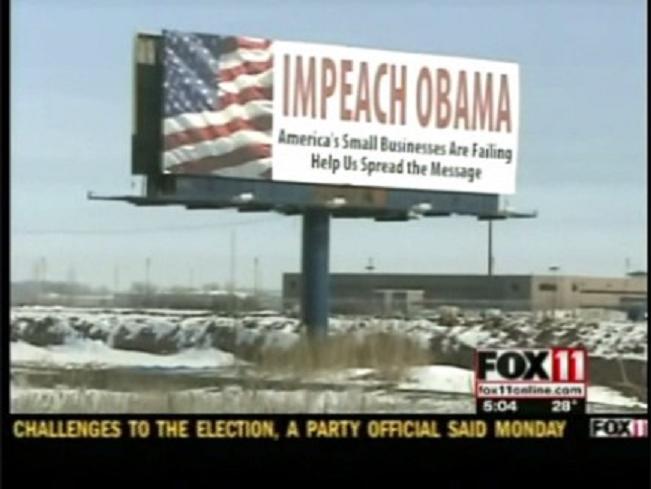 All in favor say aye!

“OSHKOSH – The Menasha attorney identified by Jones Sign Co. as paying for a controversial billboard along Highway 41 in Oshkosh has responded.
The following is a copy of an e-mail sent to FOX 11 Saturday night by attorney Thomas Wroblewski, regarding a billboard that begins with the phrase “Impeach Obama.”
“This email is intended to confirm the following:

The billboard in Oshkosh that says, in part, ‘Impeach Obama’, does not contain my personal statement and is not my personal billboard. The billboard was purchased by a limited liability company that I represent.”