Hillary Clinton: “she is, in my judgment, an evil force, an embodiment of evil”, Herbert London, Ph.D, “Hillary Clinton is an inveterate liar” 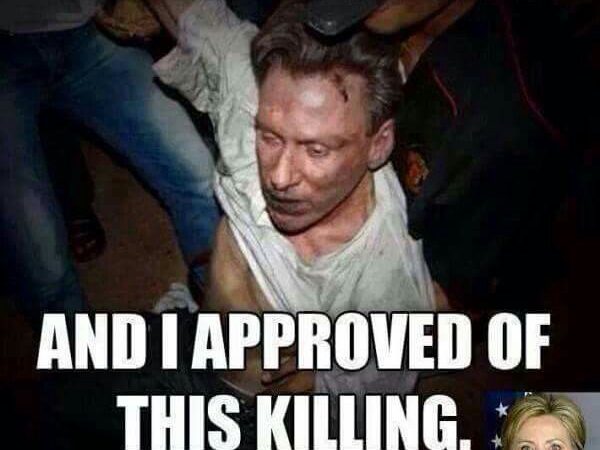 Hillary Clinton: “she is, in my judgment, an evil force, an embodiment of evil”, Herbert London, Ph.D, “Hillary Clinton is an inveterate liar”

““I’m not a great fan of Donald Trump’s, but I have to tell you that Hillary Clinton trumps Donald Trump – in the sense that she is, in my judgment, an evil force, an embodiment of evil that would create problems with the sustenance of our Constitution,” he said. “So I cannot, under any circumstances, support Hillary Clinton. My default position is to, therefore, do everything I can to support Donald Trump, only because I don’t want her.

Bannon asked London to elaborate on his description of Clinton as a “force for evil.”

“What I mean by that is that Hillary Clinton is an inveterate liar,” London replied, explaining:

When the bodies were returned from Benghazi to Andrews Air Force Base, she walked up to Ty Woods’ father – who had been one of the SEALs who fought to his last breath to save people at the embassy – and she said to him, “We will not let your son die in vain. We will find the man who is responsible, that is the filmmaker who made the film about the prophet Mohammed, and we will bring him to justice.”

"Hillary Clinton is an inveterate liar", an embodiment of evil", an evil force, Herbert London, Hillary Clinton: "she is, in my judgment, Ph.D CitizenWells, Commentary, Government, Politics, White House No Comments »