Hillary Clinton approved anti Trump disinformation plan “distracting the public from her use of a private mail server.”, Obama admin, Brennan, Comey and Strzok notified in 2016 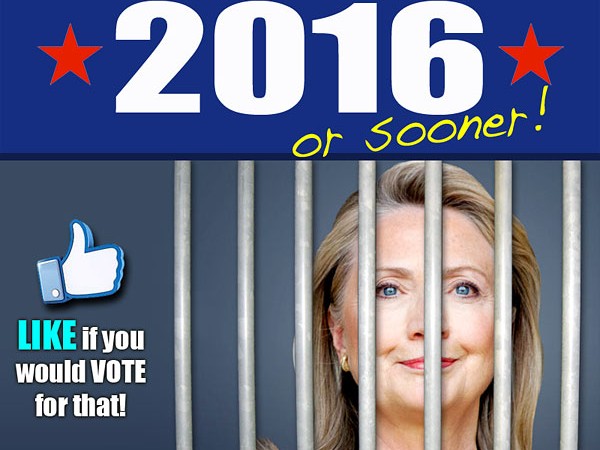 Hillary Clinton approved anti Trump disinformation plan “distracting the public from her use of a private mail server.”, Obama admin, Brennan, Comey and Strzok notified in 2016

From the Letter to Lindsey Graham from John Ratcliffe, Director of National Intelligence, September 29, 2020.

“Chairman Graham,
SEP 2 9 2020
In response to your request for Intelligence Community (IC) information related to the Federal Bureau of Investigation’s (FBI) Crossfire Hurricane Investigation, I have declassified the following:
• In late July 2016, U.S. intelligence agencies obtained insight into Russian intelligence analysis alleging that U.S. Presidential candidate Hillary Clinton had approved a campaign plan to stir up a scandal against U.S. Presidential candidate Donald Trump by tying him to Putin and the Russians’ hacking of the Democratic National Committee. The IC does not know the accuracy of this allegation or the extent to which the Russian intelligence analysis may reflect exaggeration or fabrication.
• According to his handwritten notes, former Central Intelligence Agency Director Brennan subsequently briefed President Obama and other senior national security officials on the intelligence, including the “alleged approval by Hillary Clinton on July 26, 2016 of a proposal from one of her foreign policy advisors to vilify Donald Trump by stirring up a scandal claiming interference by Russian security services.”
• On 07 September 2016, U.S. intelligence officials forwarded an investigative referral to FBI Director James Corney and Deputy Assistant Director of Counterintelligence Peter Strzok regarding “U.S. Presidential candidate Hillary Clinton’s approval of a plan concerning U.S. Presidential candidate Donald Trump and Russian hackers hampering U.S. elections as a means of distracting the public from her use of a private mail server.”
As referenced in his 24 September 2020 letter to your Committee, Attorney General Barr has advised that the disclosure of this information will not interfere with ongoing Department of Justice investigations. Additional declassification and public disclosure of related intelligence remains under consideration; however, the IC welcomes the opportunity to provide a classified
briefing with further detail at your convenience.”