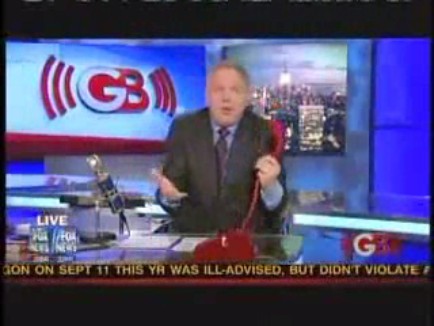 “I hate being the guy telling you the President of the United States is a liar. I hate it. I hate it. I don’t want to be this guy, but nobody else will say it.”…Glenn Beck March 20, 2015

“Glenn Beck, I do not like being the person that calls Obama or Yellen a liar either but somebody has got to do it.”…Citizen Wells

I have listened to NPR for many years during a time when I also listened to Rush Limbaugh.

Sadly NPR has bceome increasingly biased to the left over the years.

My favorite show on NPR is still “Car Talk.”

I have never heard them get politically biased.

I have also listened to “A Prairie Home Companion” for many years. But the host, Garrison Keillor is obviously a liberal and the show from time to time lets its bias ruin an otherwise entertaining show.

Today was one of those days.

I was listening in the car as Keillor stated “Talk radio, where people get paid to tell lies.”

That is a lie and Keillor is getting paid to tell it.

However, I can state unequivocally, that talk radio as a whole is one of the few places in the media where the truth can be found.

I regularly tune in to Rush Limbaugh, Sean Hannity and Glenn Beck.

I usually agree with Beck but on Friday, March 20, 2015, he was particularly on point and one of his statements really resonated with me.

“There’s a reason Glenn doesn’t like to spend too much time playing audio from President Obama. In fact, he banned his name from even being mentioned on the radio show for all of 2013. Today, Pat put together a montage of some of Obama’s biggest lies – and Glenn could barely contain his outrage. “Nobody wants to believe the President of the United States is a liar. Nobody. It doesn’t work out well. No one wants to say that about the president. I don’t want to say it, I don’t want to believe it. I love this country. I have immense respect for the office of the President of the United States, not the men, but the office. But this is a fact. And it is an unpleasant one. Most of the press completely ignores it, but it is a fact, and the proof is readily available for anybody who cares to look,” Glenn said on radio today. Glenn then ran through a litany of lies that Obama has told. Here are just a few: Lie: The Affordable Care Act isn’t a gateway to single-payer. President Obama said, “Let me address an illegitimate concern that’s being put forward by those who are claiming a public option is somehow a Trojan horse for a single payer system.” The Truth: President Obama has said in the past “A single payer health care credit–universal healthcare credit. That’s what I’d like to see, but as all of you know, we may not get there immediately. Because first we have to take back the White House and we’ve got to take back the Senate and we’ve got to take back the House.” Lie: The healthcare mandate isn’t a tax. President Obama said, “For us to say that you’ve got to take a responsibility to get health insurance is absolutely not a tax increase.”

The Truth: In order for SCOTUS to uphold the individual mandate, it had to be declared a tax. Lie: If you like you’re healthcare plan, you can keep your healthcare plan. The Truth: Nope, millions couldn’t keep it. Turns out there was an assumption that people wouldn’t be happy with their plan. As Glenn put it, “The responsibility for the lie is us. We liked our doctors and we shouldn’t have liked them. We are stupid, and therefore, we need to be lied to.” Lie: Obamacare would be revenue-neutral and only cost $900 billion. The Truth: Again, no. “Well, after his $900 billion promise, the next year cost was adjusted to $1.4 trillion. The next year, $1.7 trillion. The next year, again to $2 trillion. The next year it was $2.3. The latest, $2.6 trillion. How much do you love it now?” Glenn said. Lie: It was supposed to insure all 48 million without insurance. The Truth: “ObamaCare was supposed to insure all 48 million Americans who were without insurance. That was the compassionate thing to do. Even their most wildly ridiculous claims are that 9 million have been insured. $2.6 trillion for 9 million people. We still have 39 million people uninsured. Is that better than you predicted? I could go on,” Glenn said. “There are literally hundreds of lies we could highlight from this man, but my doctor says I have too much Obama for my blood pressure,” Glenn said. “I hate being the guy telling you the President of the United States is a liar. I hate it. I hate it. I don’t want to be this guy, but nobody else will say it.””