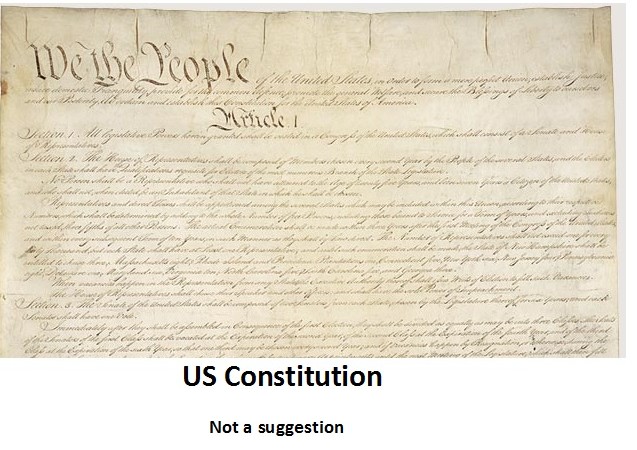 “According to the  US Constitution Ted Cruz was not a US citizen at birth and consequently not a natural born citizen.”…Citizen Wells

“Cruz, Obama, and the Eligibility Clause”

“Remarkably, we never got an authoritative High Court ruling on what the U.S. Constitution’s presidential eligibility clause actually requires as related to Barack Obama. As such, Ted Cruz has a big “birther” target on his back.

Because Cruz was born to a foreign father on foreign soil, Donald Trump believes that Cruz is ineligible for the presidency. The Donald and many others believe that a U.S. birth would have solved Cruz’s constitutional problem. Under that view, there is something magical about a U.S. birth even when dual citizenship is coincident.”

“Most everyone agrees that naturalized U.S. citizens are barred from holding the high office. In fact, the answer to the question Why are naturalized citizens barred? is the key to understanding the purpose of the natural born citizen eligibility clause.

A naturalized citizen once held allegiance to a foreign government. He was required to renounce all foreign allegiances to become a U.S. citizen.

“To get it right, we must ask what the understanding of an Article II natural born citizen was at the time of its ratification. To have been born a U.S. citizen at the time of our Constitution’s ratification meant that one was born with sole allegiance to the United States. So by necessity, an Article II natural born citizen is one born with natural, undivided allegiance to the United States. That is reasonably the heart of the natural born clause.

Though the previous definition is intellectually honest and an accurate statement, we must acknowledge that, like many constitutional provisions, the natural born citizen clause has been eviscerated with bad precedent – in this case, to accommodate Mr. Obama.

Short of a constitutional amendment, the original purpose of the clause is gone forever. It’s not right, but something so monumental is not going to revolve without some degree of revolution. The requirement of undivided natural allegiance at birth for future candidates would undermine the Obama presidency, and not enough government workers in black robes would ever let that happen.

Alas, from this point forward, the clause effectively means that anyone born a U.S. citizen can become president, regardless of prior foreign allegiance.

I suppose some comfort may be taken in the fact that the unimaginable, worst-case scenario has already happened. What the founders sought to safeguard against has come to pass: a U.S. president with a foreign, anti-traditional American mindset has inflicted immeasurable havoc upon our system and way of life. At least the odds of it happening again, especially consecutively, are slim.”
Read more