“An asteroid group is a collection of asteroids that move in generally similar orbits. Within a group there may be one or more families of asteroids whose orbital characteristics are so much alike that they almost certainly came from the breakup of a single parent body.”…The Encyclopedia of Science

“Unrelated: 1 not connected to a subject that you are thinking about or discussing 2 not part of the same family”…MacMillan Dictionary

I have read the reports, many misquoting NASA, of the meteors over Russia, Cuba and California being unrelated to the near earth Asteroid 2012 DA14. It appears that we are getting the same hasty unreliable reporting from the media as usual and possible ass protecting from NASA.

Near earth Asteroid 2012 DA14 was only discovered about a year ago. Smaller objects dislodged from the asteroid belt at the same time would not have been detected. Indeed, was anyone warned ahead of time about the meteors that just struck?

We know for a fact that asteroids sometimes travel in “families” of pieces that are the result of collisions. These fragments travel in similar orbits. The collision or catalyst responsible for dislodging Asteroid 2012 DA14 could have caused fragmentation of that or a larger asteroid and that “family” could account for the recent meteor strikes.

Why is no one reporting this plausible explanation?

“This is ANOTHER meteor which exploded in the sky – just two hours before a space rock crash-landed in Russia injuring 1,000 people.

The fireball – reportedly followed by a loud explosion some minutes later – was spotted above Cuba at 1am GMT yesterday.

That’s 6,000 miles away from Chelyabinsk where a meteor left a 20ft crater and caused a devastating sonic boom at 3.20am GMT.

China’s Xinhua news agency reported the bright spot in the sky was spotted in the Cienfuegos area, in central Cuba.

One eyewitness said his house shook slightly in the blast and officials are scouring for any remnants of the object.

Some meteorites can be very valuable, selling for up to £433 per gram depending on their exact composition.

Scientists do not believe the space activity was linked to last night’s 150ft wide asteroid 2012 DA14, which passed within 17,000 miles last night.”

“It’s really starting to look like the sky is falling.

According to media reports, a fireball streaked through the skies above California’s Bay Area Friday evening (Feb. 15), just hours after another bright meteor exploded over the Russian city of Chelyabinsk and a 150-foot-wide (45 meters) asteroid gave Earth a historically close shave.

The Bay Area fireball blazed up around 7:45 p.m. local time Friday (10:45 p.m. EST; 0345 GMT Saturday), NBC Bay Area reported. The meteor apparently had a bluish tinge and was visible over a wide swath of the region, from Fairfield north of San Francisco Bay down to Gilroy, which is south of San Jose.” 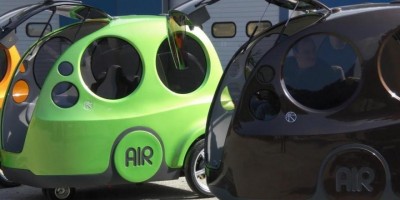