Jeff Schreiber, of America’s Right blog, contacted Philip J Berg and discovered that Mr. Berg is representing API, African Press International, in regard to releasing the tape of the Michelle Obama phone call. Here is what Jeff Schreiber found out:

“I asked Philip Berg, via e-mail, whether or not he thought the API/Michelle Obama tapes were real and whether they would in fact be released within the next day or so as Chief Editor Korir maintains. His answer was simple, and firm.

I will say that there is more to this that I simply cannot report. Still, keep checking here for updates. In the meantime, keep your fingers crossed, and know that I am doing the same.” 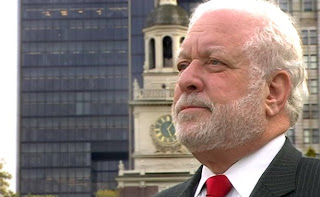 That’s right. The news that I could not report last night is that Philip Berg, the same man who filed suit against Barack Obama in federal court, has been retained by African Press International to handle the legal ramifications of distributing the purported Michelle Obama tapes stateside.

“They came to me, and they want me to do it,” said Berg, who maintains that he has not yet heard any tape himself, but mentioned that API is saying that they “have more information than what they already released.”

Further comment, Berg said, will be reserved until after he hears the taped evidence.”