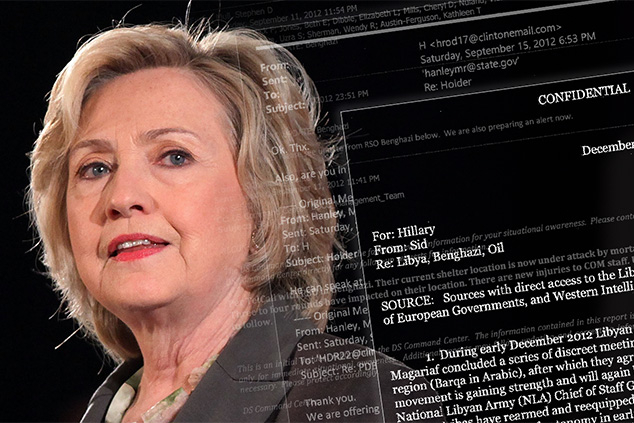 Does the U.S. government murder prominent citizens to promote its policy interests?
Yes, if the implications of a book co-edited by Sidney Blumenthal is to be believed.

Blumenthal, one-time writer at The New Yorker, is a chief White House aide to Bill and Hillary Rodham Clinton. Reportedly, Blumenthal masterminded the White House strategy of blaming all its scandals on a “vast right-wing conspiracy” led by people Mrs. Clinton said were even accusing the Clintons of murder.

Because of his own conspiracy thinking, Blumenthal has been nicknamed “Grassy Knoll” by White House insiders.

It is a title he has well earned, if his past writings are any indication.

Stanford University’s library had but one copy of a book Blumenthal co-edited in 1976 titled “Government by Gunplay: Assassination Conspiracy Theories from Dallas to Today.” According to the library card in the book, the book had never been checked out of the library in its 22 years on the shelf.

The book is worth checking today because Blumenthal is closely advising the leader of the Free World and it would be important to know what and how he thinks.

The world knows that Blumenthal is a radical left-winger. His book demonstrates that. Its introduction is written by former CIA agent Philip Agee, who became something of an icon for the left as he fled the country to find safe haven in Castro’s Cuba and later Europe.

Blumenthal writes the foreword and two of the chapters of this compendium of left-wing conspiracist thought. “There are conspiracies in history,” Blumenthal writes matter-of-factly in his foreword. Much of the storyline that follows has been heard before:

* The CIA/U.S. military establishment killed John F. Kennedy to ease entry into the Vietnam War. “Conspiracy by Gunplay” tries to debunk much of the lone-gunman theory with forensic and expert examination of the Zapruder film.

* One chapter, “The Shooting of George Wallace,” clearly tries to imply that forces close to then-President Richard Nixon attempted to bump off presidential candidate Wallace in 1972. Nixon benefited from the shooting that left Wallace in a wheelchair because Wallace, who would have siphoned right-wing votes, was eliminated from the race.

The paranoia that marks a true conspiracist is evident when the conspiracist begins to believe that all of his pet conspiracies run together, forming a unified conspiracy theory.

Thus, one chapter argues that the same right-wing anti-Castro Cubans who were part of Nixon’s Watergate “plumbers” operation had links to the same people who killed President Kennedy 10 years earlier. Blumenthal’s chapter “Cointelpro: How the FBI tried to Destroy the Black Panthers” argues that the FBI domestic surveillance efforts used against the Black Panthers created the framework for the Watergate operation. Fearing the power of J. Edgar Hoover’s FBI, the Nixon White House created its own in-house intelligence-gathering network. (Interestingly, the Clinton White House has sought to move domestic intelligence gathering under the White House’s own National Security Council.)

Jeff Cohen, who heads FAIR, a liberal media advocacy group, wrote the chapter on King’s death. At the time of the book’s publication, Cohen headed the Los Angeles chapter of the Assassination Information Bureau, a left-wing group that promoted theories about Kennedy’s, King’s and other deaths. Curiously, Cohen’s FAIR group has lambasted conservatives, including radio host Rush Limbaugh, for engaging in “conspiracy mongering.”

Blumenthal ends his book charging that Nelson Rockefeller’s commission of the 1970s, which investigated the CIA’s dirty tricks, was nothing more than a cover-up. Rockefeller became a convenient scapegoat for Blumenthal. Since he had inherited great wealth, Rockefeller had to have been a pawn of “the ruling class.” For the radical left, the conspiracy always leads there because the conspiracy that bothers them the most is the capitalist system.”