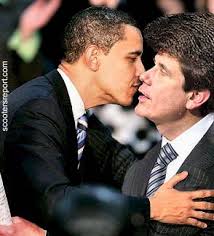 “Who benefited most from the suicide/murder of Orlando Jones?

So far no one has ratted on Obama.