“No person except a natural born Citizen, or a Citizen of the United States, at the time of the Adoption of this Constitution, shall be eligible to the Office of President. . .”

From the 20th Amendment to the US Constitution.

Attention: Proof positive for Americans of the left, center and right.

It is not a conspiracy theory. Using the term “birther” in a condescending, Orwellian manner to discredit decent, hard working Americans who believe that the US Constitution is the law of the land, will not be tolerated.

1. Barack Obama has employed a legion of private and government attorneys to prevent revealing his country of birth. Innocent and eligible persons seeking the office of president do not do that.

3. Barack Obama’s citizenship and allegiance was further tainted when he was adopted by his stepfather Lolo Soetoro and Obama became an Indonesian citizen.

4. Some combination of the above allowed Obama to travel to Pakistan in 1981 when travel there was restricted to US citizens.

5. The only document presented by the Obama camp is a Hawaii COLB. There has been no substantiation that it is authentic and it does not establish country of birth. As Lou Dobbs stated, “It is a piece of paper that refers to another piece of paper.”

6. All other documentation, all school records, that would establish country of birth have been kept hidden and restricted.

7. No authentic documentation has been presented to establish that Barack Obama was born in the US.

8. The records of all hospitals in Hawaii have been searched. There is no record of Stanley Ann Obama ever having given birth to a child.

9. Barack Obama’s paternal grandmother in Kenya has stated on multiple occasions that she was present at Obama’s birth in Mombasa.

10. Others have stated, including multiple family members, officials and press, that Obama was born in Kenya.

This has been presented in a manner that a fifth grader can understand. However, if you have any questions, please contact me on this blog.

Failure to learn more about and understand this critical issue and take appropriate measures can only be construed as apathy,  ignorance or having an un American agenda. This includes the Mainstream Media and the Fox network.

1. Barack Obama has employed a legion of private and government attorneys to prevent revealing his country of birth. Innocent and eligible persons seeking the office of president do not do that. 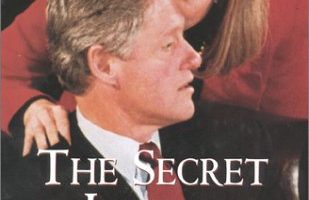